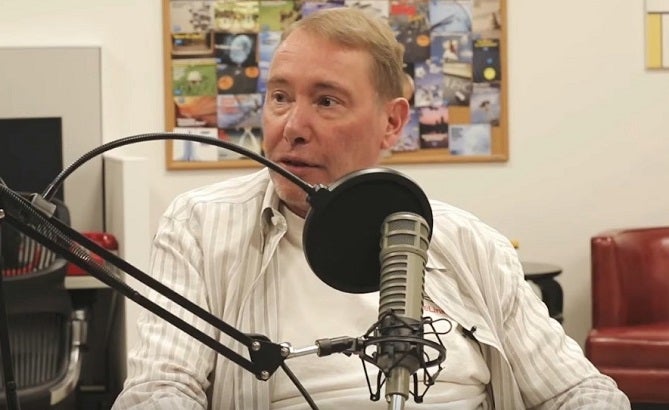 But the totals—USD $4.7 trillion in annual off-book government spending—were so massive, mainstream media and analysts kept mum. No longer.

Jeff Gundlach , president of DoubleLine Capital and whom CNBC refers to as the “Bond King”, tacitly backed that reasoning recently by pointing out that using “true accounting,” the U.S. government’s deficit is closer to USD $6 trillion.

Gundlach made the comments in DoubleLine’s July podcast, noting that the true U.S. deficit comprises a stunning 30% of GDP.

If Gundlach, whose firm manages USD $140 billion in assets, is correct, it means that to account for its deficits correctly, the U.S. government would also have to account for increases in unfunded liabilities on its financial statements each year.

This suggests that true U.S. government spending may be nearly double what the official numbers suggest.

The idea that U.S. government data could be less accurate than much-maligned private sector accounting seems rich. After all, governments claim that their regulatory oversight is crucial to keeping businesses in line.

Sadly, when it comes to financial data, public sector officials appear to be less reliable than those in the corporate world.

That’s particularly true when it comes to recording expenses.

According to Sheila Weinberg, Truth in Accounting’s founder & CEO, the U.S. federal government accounts for its pension and medicare spending on a “cash” basis rather than the stricter Generally Accepted Accounting Standards that businesses use.

“We have fought for years to get the government to include Social Security and Medicare liabilities and related expenses on their financial statements,” says Weinberg. “But they insist on doing Enron style of accounting.”

According to the U.S. Debt Clock and Truth in Accounting data, unfunded liabilities total approximately $120 trillion. That’s more than six times the official U.S national debt and works out to roughly $750,000 per taxpayer.

Chart courtesy of Truth in Accounting

(The U.S. Department of the Treasury’s press office did not respond to numerous requests for detailed information about its calculations, nor about why it uses accounting practices that would land any corporate CEO in jail).

What about other government data?

Gundlach’s comments provide support and vindication for Truth in Accounting as well as Boston University professor Laurence Kotlikoff and other accounting watchdogs who have been warning for years about the shifty government accounting.

However, they also raise new questions about the reliability of other U.S. government data.

For example, John Williams of ShadowStats, whom we have described as “America’s most important statistician”, has long claimed that the U.S. government has been manipulating GDP, unemployment, and inflation data for almost three decades by consistently changing the way it makes the calculations.

Modern econometrics may be useless

If Gundlach is correct, this would also have huge implications for the sophisticated econometric models used by university researchers, central banks, and financial institution forecasters.

These models rely on highly detailed and precise data, with GDP and government spending numbers calculated down to the decimal point.

However, massive “off the books” government spending, in the form of unaccrued pensions and other liability increases, dwarf the actual reported numbers, thus rendering economists’ ultimate calculations highly questionable.

This may explain in part why—as Larry Summers notes— major U.S. economics forecasters have never predicted a recession one year in advance.

That said, even if investors believe comments by Gundlach, Williams, and Kotlikoff, it is unclear about how they should act.

That’s because governments, universities, and the big banks—who are heavily reliant on government protection—thus use the optimistic official data, almost without question.

This may have created what George Soros (of all people) calls “reflexivity”—a two-way feedback loop in which investor perceptions affect their environment, which in turn affects their perceptions.

More bluntly, sloppy government data during recent decades may have been making Americans feel better about themselves, leading them to spend more, and thus to make the economy seem better than it actually is.

“Bad accounting is hurting representative democracy,” says Weinberg. “It makes it impossible for both citizens and elected officials to act as knowledgeable participants in their government’s tax and spending policies.”

Investing in this kind of climate would appear to be a fool’s game. At minimum, individual investors will clearly need to educate themselves better and to ask harder questions to those who are advising them.

As for Gundlach: “I am certainly long gold,” jokes the Bond King. “If (governments) are going to confiscate your wealth, at least you can bury it in your back yard.”