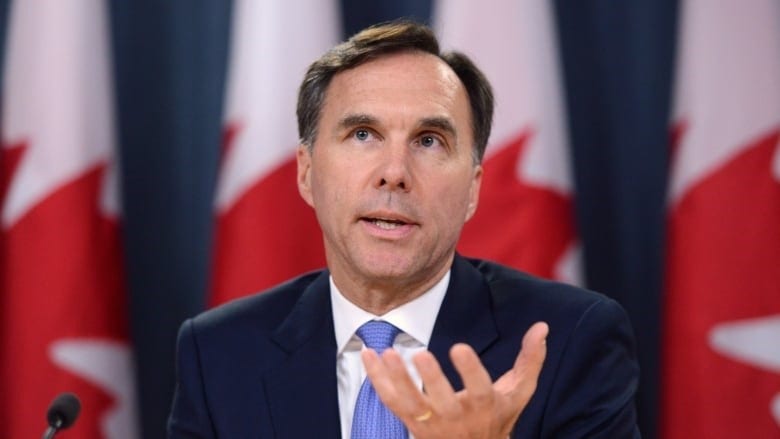 The Trudeau Administration’s reappointment of Bill Morneau as the country’s Finance Minister last week was by far its most important.

During his first term, Morneau managed to hold together a shaky Canadian economy, which for the past three decades has relied on driving borrowing and spending increases at a pace faster than economic growth just to keep the system afloat.

It’s a Ponzi scheme, and insiders know it.

The question is whether Morneau—whose education, financial background, and previous work at the C.D. Howe Institute position him as one of the brightest lights in a weak Trudeau cabinet—can keep the game going.

Morneau’s biggest challenge will be operating in an environment in which estimated off-the-books annual wealth transfers* caused by the federal government’s suppressed interest rate policies are twice the size of his official budgets.

The challenge is that it is hard to manage off-book wealth distribution, because so few people know that it exists.

That’s no accident. Economists figured out long ago that voters would never pay for bloated public spending if they knew its true cost.

Over the years, governments have thus developed a variety of revenue sources that voters can’t see. Corporate and payroll taxes are one example. Lotteries and casinos, which have been described as “taxes on idiots”, are another.

Supressed interest rates, which rob pensioners and retirees of the benefits of a lifetime of thrift, act much the same way.

Yet while economists distinguish between fiscal (overt) and monetary (off the books) policy, few have ever tried to quantify the difference.

In truth, as we noted last week , the process is complicated.

The “Poloz Tax” is only part of the picture

Interest rate suppression takes a variety of forms. Overt suppression through the Finance Ministry’s “inflation targeting” partnership with the Bank of Canada—what we call the “Poloz Tax”—is only part of the picture.

Multi-billion dollar bailouts of the Big Banks following the last financial crisis also keep interest rates down, because CEOs know that they can lend to the max and still collect bonuses if the system collapses.

The cumulative effect of those actions is mind-boggling.

Put all spending on the books

Morneau, who inherited Canada’s “Enron economics” policies from previous governments, won’t be able to change much.

History shows that only a gold standard backed by a free market in currencies could partially protect the public from greedy governments.

Indeed Canada’s economy is on such shaky ground that if Morneau even hinted at quantifying the effects of “off the books” wealth redistribution, the entire system would risk collapsing.

Then, after he has retired, Morneau could perhaps return to the C.D. Howe Institute and commission a paper on why it might be better—and more democratic—to keep Canadian government spending on the books.

Where voters can see it.

* Suppressed interest rates, which are as high as 8% across the yield curve, could be transferring $640 billion (gross) from borrowers to savers each year.

News
180
Real Yields Are About to Dump, Gold Rallies
By David Brady
News
1406
The Convicted Criminals of JP Morgan
By Craig Hemke
News
2046
Higher Highs Ahead but Running Out of Steam
By David Brady