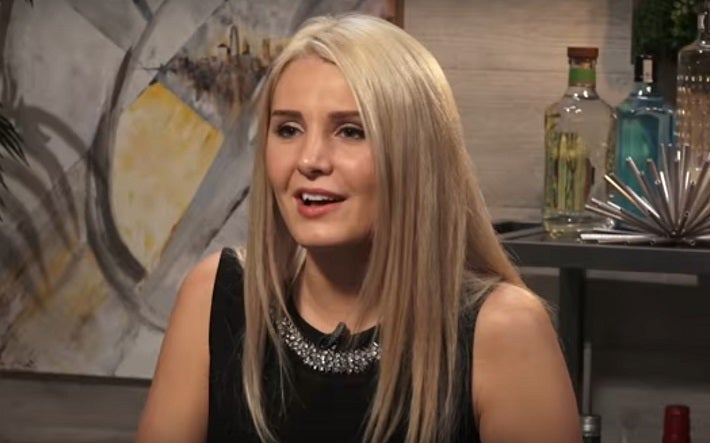 Donald Trump’s order of US air strikes on Syria last week provides investors with a sobering taste of what the coming four years could look like on the global-macro front.

The US attacks, against a seventh* Muslim country in less than three months, just days after his administration signaled tolerance for the Assad regime, portray an inexperienced and impulsive President with few checks on his behavior.

Trump is thus seemingly at the mercy of the last advisor he speaks to, or whatever information he picks up watching late night TV or surfing the Internet - his main sources of news.

We’ll get to that later. Let’s start by considering the radically-changed geopolitical environment.

Let’s be blunt: The Trump Administration’s attack on Syria will rank as the worst US foreign policy mistake since the Bush Administration’s War on Iraq. It will almost certainly set the tone for the balance of Trump’s mandate, locking America into a trap, which it will be hard to back out of.

During the US election campaign, then-candidate Trump inspired hope that although his administration would carry a big stick, it would be less belligerent. Those hopes are gone, for several reasons.

Violation of US and international law

The first is that the Trump Administration’s strikes against Syria were launched without approval from Congress, the United Nations, nor any international body.

This marks a step up from actions against the other six Muslim countries that America has attacked* this year (Libya, Afghanistan, Yemen, Pakistan, Iraq and Somalia) where attempts were made to get some legal cover.

The message to American adversaries is clear: unless they get under a nuclear umbrella, held by Russia or China, they too are vulnerable.

Second, the Trump Administration’s air strikes on Syria come in the wake of a long record of rhetoric that gives increasing numbers of ordinary Muslims cause to believe that America is at war with Islam itself.

Barack Obama, whatever his faults, was regarded by much of the Muslim world as doing his best to hold back the US Deep State. After Syria, no one will believe that about Trump.

Third, the US air strikes against a Russian ally end any possibility of America splitting Russia from its deepening partnership with China. Indeed they create huge incentives for the Shanghai Cooperation Organization, of which both countries are members, to strengthen their quasi-military partnership, and for other non-aligned nations, particularly Iran, to join.

The “United State of Fear”

Fourth, and most important, will be the effects on an American public, most of whom could not spell the names of the countries that their government has attacked, nor find them on a map.

Most Americans, not knowing who their enemies are, nor when they might retaliate, will thus spend the next four years in an uneasy “state of fear,” that will render effective judgement nearly impossible when the next crisis occurs.

One anecdote illustrates the scale of the challenge. A 2015 survey by Public Policy Polling asked Republican primary voters: “Would you support or oppose bombing Agrabah?” Respondents overwhelmingly favored bombing.

Thing is, Agrabah, which has an Arabic/Muslim sounding name, is a fictional country. It does not exist.

The dangers of inflammatory talk during a time of growing American Islamophobia was dramatically illustrated two weeks before the Trump attacks, by Lauren Southern, a fast-rising ex-Rebel media star.

In a shock video produced to build up her new channel Southern, author of Barbarians: How Baby Boomers, Immigrants, and Islam Screwed My Generation, launched a tirade against Muslims, new Americans and the decline in Western values.

“We have to deal with a sickness within ourselves and inside our culture,” said Southern. “I don’t think that high birth rates in a rapidly growing immigrant community, that suffers from rampant radicalization, is a recipe for success.”

Southern concluded by calling for the rise of “strong” men to take on the challenge.

The idea that Donald Trump was one of the more than 500,000 viewers who watched Southern’s video seems preposterous.

However investors now face a world in which there would be few restraints if a US President, with a penchant for beautiful young blondes, the Alt-Right and late night Internet surfing, did in fact stumble across unusual content.

(Note: Southern, in a request for comment, said that her use of the term “strong” as it would apply to Trump meant “not caving to neo-con whims to start a war that is not beneficial to the West.”)

The global-macro backdrop in which America now finds itself provides considerable clarity about where the country is headed on the fiscal and monetary policy fronts.

In the United States, wars, ranging from the Second World War to Vietnam and Iraq, were all fought with increased spending, financed by printed and borrowed money.

The base case scenario, as America awaits possible strikes on Korea, Iran and other nations that the Trump Administration had threatened, has to be for bigger budgets, continued low interest rates and central bank balance sheet expansion, for as far as the eye can see.

* The following list only includes reported strikes which this researcher could expeditiously track down. The United States also has numerous covert programs.

Independent
Reply
Where have you been for the previous 8 years? Or are drone strikes ordered by a Democrat somehow benevolent?
Reply

Bob
Reply
Lauren Southern has come out strongly against the missile strike. She just wants to keep them out of the US, not bomb the sh*t out of them. Turning this article into a Southern hit piece doesn't make sense. Did she reject the author's advances or something?
Reply
View more

Mike Levance
Reply
Is this site like the onion? This has to be a parody article. If this is supposed to be taken seriously, God help us.
Reply

Snap
Reply
Obviously no. Do your homework on people before you write about them.
Reply

Jason
Reply
None of these countries has a name which is at all difficult to spell.
Reply

Philp R
Reply
It is likely that Trump does read Lauren Southern. (More likely than that he reads Peter Diekmeyer) Trump made perhaps a fatal political mistake. But attacking the Syrian airbase is not a blunder as big as Bush's Invasion of Iraq or the little acknowledged but more massive bombing campaigns and self contradicting policies of the Obama administration. As a side note: the Obama administration impoverished the U.S. and undermined human rights more than Bush's invasion of Iraq, the Patriot Act, bailout etc. Unfortunately it appears that the Trump administration will continue these kinds of self defeating policies. That is the wish of the MSM and the liberal, neocon or whatever you choose establishment. It's not the wish of Lauren Southern and many people who supported Trump. Very unfair to Lauren and this new punching bag the Alt-right. Sane people want a State that defends it's people and its interests. That means attacking enemies, not attacking innocent people and not enabling terrorists. Considering that children are being murdered all over the world, what does our nation gain from reacting to this event? Any person is offended by the murder of a child but if you can't resist being the policemen of the world at least attack the murderers, not the defenders of life. If that's Alt-right then label me Alt-right. What is wrong with you?
Reply

Drew
Reply
So the Obama drone strikes killing civilians is ok, is that what I'm gathering from this narrative?
Reply

Peter Diekmeyer
Reply
Thanks for the comment guys. The three key takeaway questions I have are as follows: 1. Are there investment implications of a US President, who can change his policy regarding attacking another country overnight, unbound by the need to conform to US or international law? 2. Is the US Deep State fanning war and and anti-Muslim rhetoric to distract attention from a deteriorating and indebted economy? 3. Is the Alt-Right (including Lauren, who, as noted in the article, did condemn the strike on Syria) falling for the bait?
(1)
Reply

Philip R
Reply
As to your "points" 1. Investment implications are not addressed in your article. 2. Al Nusrah and IS, in case you didn't notice are Muslims. And Egypt, Jordan and Turkey are Islamic states. How is this anti-Muslim? Do you care that it is actually anti-Christian? And who is surprised if war mongers want war? 3. More like you are falling for the bait. You've deliberately misrepresented Lauren even though she helped you with your article. How does not supporting the attack on Syria become Blonde Blogger starts WW III? And how dare you say a blonde? Why do people on the Left always assume they can get away with their unconscious sexism and religious bigotry while accusing others of that? From the tone of your article it wasn't necessary to include the word dumb with the word blonde.
Reply

John Doe
Reply
This guy is clearly a clueless and tendentious bigot diorced utterly from reality so as to avoid any information injurious to his pre-determined ideologically pure world view. Take his advice and analysis with a MASSIVE grain of salt and good luck.
Reply
Leave a Comment