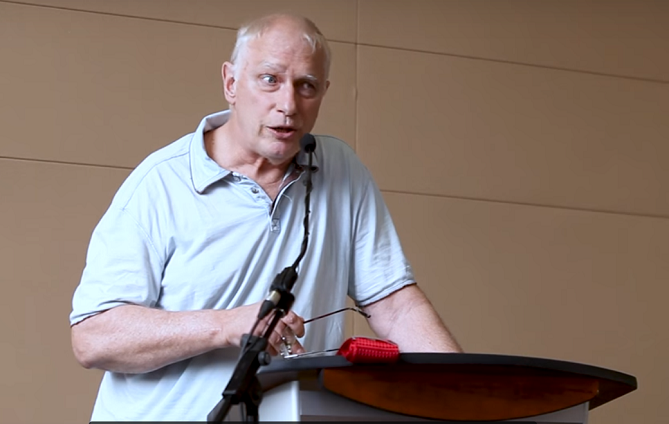 The U.S. economy continues to chug along. GDP growth was recently revised up to 4.2%. Unemployment is low, and inflation remains under control.

Things are so good that President Donald Trump recently claimed that America has the strongest economy in its history. Data produced by key statistical agencies appear to back him up.

But Doug Casey isn’t buying any of it.

“America has been on a downward slope for several decades,” says the founder of Casey Research, precious metals investor and co-author (with John Hunt) of High Ground, an Ayn Rand-style series of thriller novels.

“During the 2008 financial crisis, the country slipped into a ‘greater depression,’” says Casey, one of America’s most influential free market thinkers. “We are coming out of the trailing edge of a hurricane, and it is going to get much worse.”

Casey’s insights corroborate numerous other examples of U.S. decline since the turn of the millennium:

Part of the trouble with determining whether Casey is correct relates to a lack of consensus as to what a depression is.

The word conjures up visions of lineups at soup kitchens and widespread unemployment, neither of which are apparent at first glance.

However, critics argue that food stamps are today’s version of soup kitchens and that the unemployment rate would be more than 20% if calculated the way it was in the 1930s.

“(Yield) curves have been consistent,” says Snider. “They are saying, without ambiguity, there is no recovery and there really isn’t likely to be one well beyond the foreseeable future.”

In A Road to Ruin, author Jim Rickards notes that not only is America in a depression as defined by John Maynard Keynes (“A chronic condition of sub-normal activity”), but that the elites are well aware of this.

However, things might be far worse than Casey and even the most pessimistic bears suggest.

Part of the reason is that there are considerable limitations to current economic data. For example, government debt increases aren’t included in calculations of the country’s gross domestic product, the most widely used measure of national output.

That means the U.S. government can (for example) borrow $1 trillion (as it did last year), spend most of it on stuff that generates no permanent value (raises for politicians, transfers to key interest groups, etc…), and the result is that GDP will rise because the spending is counted, but the borrowing is not.

There is thus a good case to be made for the creation of a statistic—let’s call it “net national output”—which would adjust gross domestic product for increases in the national debt and unfunded liabilities.

A quick “back of the envelope” calculation suggests that using that methodology, America’s national output might be 30% less than official U.S. GDP totals would have the public believe*.

Based on this measure, America is already in a depression far worse than that of the 1930s. This before the global systemic implosion that many forecasters expect in the coming years.

“They will want to hang people who predicted it”

Weaknesses in the federal government’s opaque financial position create huge uncertainties for gold investors. We will deal with those in greater detail next week.

Ideally, a concerned public would lobby officials to include all U.S. government obligations on its books and to produce a gross domestic product-like statistic that takes into account the destruction in national wealth caused by debt increases.**

This would enable voters to make enlightened decisions about which policies to support.

That said, there are few signs that either those increased disclosures nor Casey’s “Greater Depression” thesis is likely to be accepted by “the powers that be” anytime soon.

“Nobody cares at the top of a boom,” jokes the veteran cynic. “And by the time the next bust comes, they'll want to hang people who predicted it.”

Our rough calculation is as follows: Truth in Accounting, a Chicago-based accounting watchdog, reckons that U.S. unfunded liabilities increased by an average of $4.7 trillion per year during the last decade.

If we subtract that amount, along with the $1 trillion increase in U.S. federal government national borrowing (note the government’s fiscal year does not equal the calendar year) from U.S. GDP during 2017, “net national output” (GDP less increases in public sector debts and unfunded liabilities) is nearly 30% less than the $19.4 trillion GDP total which the government claims.

Like GDP data itself, our “net national output” measure is far from perfect, as it conflates production and balance sheet items. Conversely, one could argue that unfunded U.S. government promises of pension, healthcare and other benefits have been creating a “wealth effect” among projected beneficiaries, who would otherwise be setting aside increased funds to pay for these items. As such, the measure provides considerable information to investors who want to know whether the government can meet its obligations as they become due.

** Critics would argue that any increases in national debts are more than compensated for by increases in stock market and real estate portfolio valuations. (Though asset valuations are temporary, but debts are permanent).

Jeff S
Reply
Excellent article. I've stared at the GDP equation over and over and tried to understand why it seemed incomplete, and now I know. For some finite period of time any economy can be "boosted" by simply transforming government (taxpayer) debt into private sector stimulus, but this cannot logically be construed as actual growth.
Reply
Leave a Comment