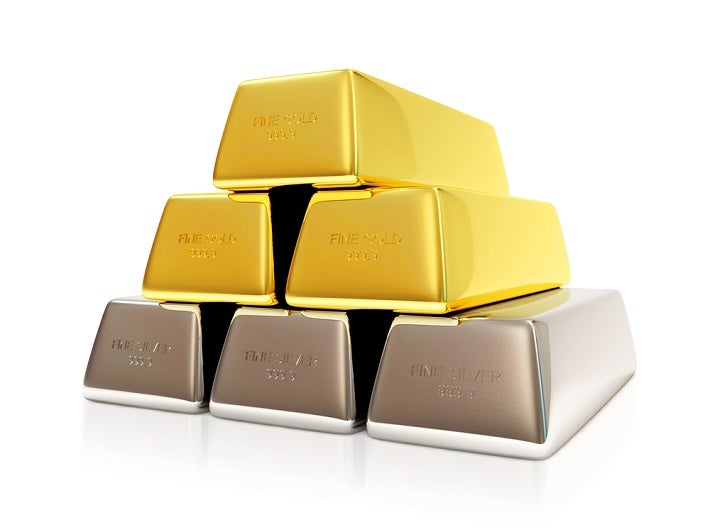 Wow, what a year this has been. Back in January, we predicted that 2019 would be the best year for the precious metals since 2010, and with four months to go, the metals look to exceed that bullish forecast. So today, let's take stock of where we are and where we're headed.

First of all, here's that post from January. Keep in mind that a precious metals rally was definitely NOT a popular opinion eight months ago. Both gold and silver were stuck in declines and ranges that stretched back to 2013, so most analysts and investors were pretty downtrodden and complacent. At TFMR? Not so much: https://www.tfmetalsreport.com/blog/9151/2010-9

Since January, we've posted a string of insightful and accurate commentaries at Sprott Money each week... so many that we won't list them all here. Instead, here are just the last two:

• This from two weeks ago, detailing the impact and importance of a yield curve inversion, one day before the 2-10 treasury curve inverted for the first time since 2009, sending the mainstream media into a panic: https://www.sprottmoney.com/Blog/the-yield-curve-k...

• This from last week, detailing the broken resistance for COMEX silver, the improving market internals, and projecting a short-term move to $18.20-18.50... even though price was still near $17 at the time: https://www.sprottmoney.com/Blog/the-outlook-for-c...

So today, given that we've obviously got a pretty good handle on things at present, here's an updated forecast on what to expect in the final four months of the year.

Let's start with the U.S. economy, which is headed toward (or already in) a recession. The UST yield curve is now fully inverted all the way to thirty years, and nearly every economic data point reveals the start of an economic contraction. And this is not just a U.S. issue. The European economy is already in recession, too, and the prevalence of negative interest rates there is a result. Expect significant new QE measures to be announced when the ECB meets again in September.

But what about The Fed? The next FOMC meeting isn't for another three weeks, and at this point in time, twenty-one days can seem like an eternity! Expect at least a 25 basis point fed funds cut at that next meeting, though you might actually get 50, given that the 2-year note rate is now a full 63 basis points BELOW the current effective fed funds rate of 2.15%.

As the U.S. economy begins to contract—and make no mistake, all of this Trade War stuff is having a significant impact —The Fed will be forced to take more extreme measures. Not only will fed funds trend back toward 0.00-0.25% in the months ahead, additional QE programs will be announced. All of this will combine to shed further light upon the lies and illusions that the central planners have put forth for the past ten years. What follows will be a deepening loss of faith in your local fiat currency, and this will lead to an increasing bid for precious metals in all their forms.

As you consider the likelihood of all this, keep in mind something VERY important shared with us a few weeks ago by Rick Rule of Sprott USA. Over the past forty years, the share of global investment assets dedicated to precious metals and mining shares has ranged from a high of 8.0% in 1980 to a low of 0.5% in 2018. The median of this range is 2.5%.

What do you think will happen IF, as prices move to new all-time highs in dollar terms, the notional amount of investment assets dedicated to the precious metals sector just goes back to the median and increases five fold? Recall your Econ 101 class. More dollars chasing a finite amount of goods leads to higher prices. Always. Here's the link to the Sprott Money News Weekly Wrap-Up where Rick laid out the case. If you missed it two weeks ago, you should definitely have a listen now: https://www.sprottmoney.com/Blog/sprott-usas-rick-rule-no-market-goes-straight-to-heaven.html

For COMEX gold, THE KEY was the weekly close above $1525. That level had held as important support from September 2011 through April 2013, so that meant it would also be significant resistance on the way back up. Now that price is above that level, we can set our sights upon an eventual return to the old all-time highs above $1900.

Of course, price won't head directly there, and it will continue in the two-steps-forward-one-step-back pattern that is found in nearly all bull markets. But, from here, the next target is $1595, and beyond that, the psychologically-important round numbers of $1700 and $1800, with $1800 being the final hurdle before an assault on the old highs of $1920 can begin.

A timeline for all of this? It depends upon how quickly the central banks and, more importantly, The Fed reverse course and aggressively move to cut and print. Given the current COMEX market internals, let's shoot for $1595 by mid-late September and then $1650 or so before the Dec19 contract goes off the board in November. That would mark a 30% gain for 2019. Not too shabby, and almost exactly the same gains seen back in 2010.

Once COMEX silver is through $18.50, it will move toward $20 and then $22. Beyond there, $26. How fast can/will it get there? Well, keep in mind that when COMEX gold was holding $1525 as a floor back in 2011-2013, COMEX silver was holding $26. So, if COMEX gold is soon heading to $1600 and beyond, how much longer can COMEX silver lag behind? Either way, now that price has finally broken out of its six-year downtrend, don't be surprised if it begins to move pretty quickly.

All of this means that the time to act is now. The proverbial train has not yet "left the station" but it's definitely beginning to chug forward, as the central bankers are finally being revealed as shallow, mindless charlatans whose schemes will be the ruin of many.

Joe Nicole
Reply
Kudos for Craig Hemke, a top-of-line gold and silver analyst. He understands that there hasn't been a free market in gold or silver for many years. That is changing now as we speak. It's been a sour environment in the world of gold and silver these last 7 years, but those who hang in there with gold and silver bullion or coins or mining equities will be rewarded. Craig is right on when he says we have much farther to go.
Reply