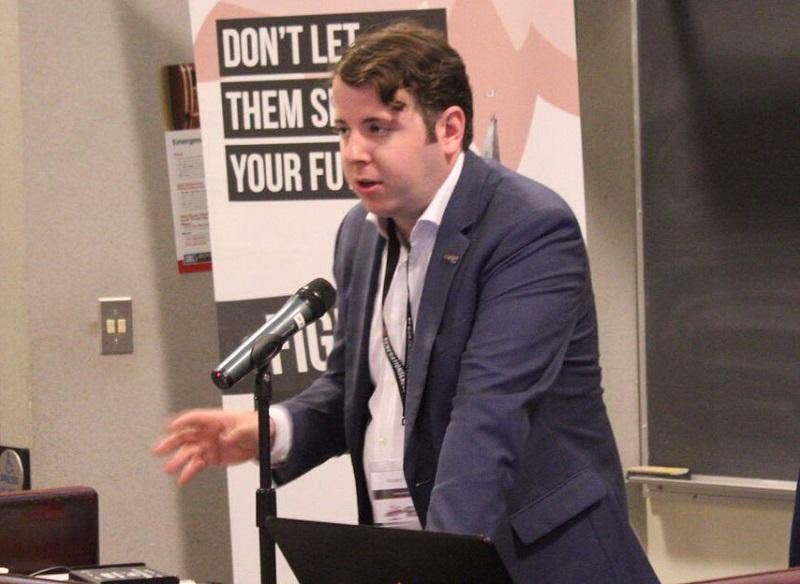 Bill Morneau, Canada’s Minister of Finance, told a touching story recently about being alone while his daughters were away at university.

A poster about women’s rights that he saw in one of the girls’ rooms as he toured the empty house provided inspiration for a slew of new spending programs in his 2018-2019 budget, Morneau said.

The speech drew considerable admiration from the bureaucrats, lobbyists and lawyers gathered at the Conseil des Relations Internationales de Montreal’s event, many of whom profited directly from the extra spending.

They all knew that Morneau was leaving out the fact that his daughters’ generation will have to pay back most, if not all, of the $18.1 billion that their parents are borrowing to finance the government’s “Equality and Growth” deficit.

Politicians running up government debts in order to pay themselves raises (and shovel cash to their pals) is an old story. The good news, as we first reported two years ago , is that some millennials are fighting back.

Renaud Brossard, Generation Screwed’s executive director, agreed. “We jokingly call this an ‘everything is fine’ budget,” said Brossard. “There is no plan to address the country’s long-term debt, and there is no recognition that there may be another recession around the corner.”

Generation Screwed has grown considerably since Brossard first joined four years ago, while still a student. The organization, which is sponsored by the Canadian Taxpayers Federation , now has 17,000 Twitter and Facebook followers.

Later this month, Generation Screwed will host a Calgary Forum at Mount Royal University’s Glenn Hall to air out the federal budget as well as provincial issues stemming from Alberta’s Notley regime’s profligacy.

A role model for fiscal irresponsibility

Morneau and other government officials argue that Canada, which has a 30.4% debt-to-GDP ratio, the lowest in the G7, can afford to run deficits to invest in the future.

However, fixed assets and infrastructure investments (the latter of which were cut) form just a miniscule part of the budget. Almost all the spending in the Morneau document is for current consumption.

As we pointed out last week, according to Statistics Canada, provincial governments, businesses and individuals are increasingly following the Canadian government’s example and are also borrowing to finance current consumption.

Canadians have accumulated a record $5.8 trillion in system debts as at Q3 2017. That works out to more than 300% of GDP, nearly 10 times the number Morneau shows in his budget documents.

As if that were not enough, government spending has reached critical levels. According to the Fraser Institute, the average Canadian works five months a year just to pay their share of taxes, much of which are hidden.

Sadly, both parties are at fault. “The Liberals and Conservatives complain about each other all the time,” says Brossard. “But when they get in power each does the same thing.”

“We can’t succeed if half of us are held back”

What is even more ironic is the slogan on the poster in Morneau’s daughter’s room that motivated the extra government spending: “We cannot succeed if half of us are held back.”

It’s a powerful message that could also be interpreted another way: although many women have had a rough time, perhaps today millennials are being held back even more.

Canadians 40 years old and over (and that includes women) largely spent the $5.8 trillion that governments, businesses and households owe.

Canadians younger than 40, like Morneau’s daughters, will get stuck paying most of it back.

That said, Generation Screwed’s executive director remains focused on fixing the problem before things get further out of hand.

“Canadian youth don’t have as much power as special interest groups,” says Brossard. “But we have to speak up. Because politicians clearly won’t do it for us.”