Gold Forecast: Where Is the Market Headed? 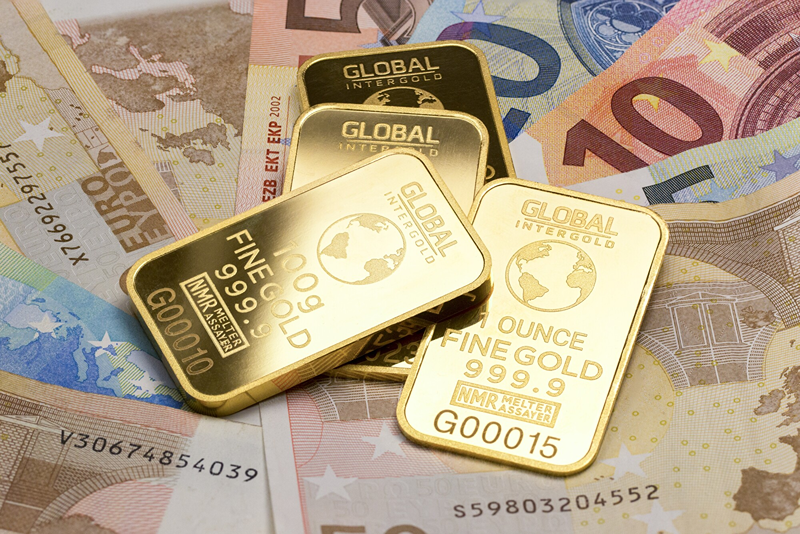 Get the Sprott Money Monthly Wrap Ups, Ask The Expert,

Did you know that we recently hit an all-time high price for gold? In August 2020, the price of gold hit $2,074.60, the highest price in recorded history.

It's a stable asset that barely depreciates, and when it does, it always comes back. Why? Because gold is finite. We can't make more as we can with money. But there's more to it than that.

What kind of gold forecast can you expect to come? How do you even break down all the intricacies surrounding the purchase and sale of gold?

Let's dive into it together.

Because of the demand from Western investors, the price of gold has increased, rising from a record low of $1160 in the summer of 2018 to approximately $2073 in August 2020. This precious metal has developed into one of the most alluring financial assets in the world, despite the fact that we've just broken through a worldwide pandemic.

In fact, negative bond yields and the economic effects of the pandemic have actually increased the value of gold exchange-traded funds (ETF) by a whopping $60 billion. This is easily twice as much as it was in 2009 when the financial crisis was at its worst.

Investors now believe, more than ever, that gold belongs in their portfolios. The pandemic was a test of this. Because gold protects against volatile interest rates and the changing market, it has swiftly become a desirable investment. It always has been, to be fair, but the appeal has only increased.

So before we move on to discussing the future of the gold market, there's an elephant in the room we need to discuss. That is the gold standard. It's a term we're sure you're familiar with, as it has stuck around with any kind of conversation regarding gold and trading.

But did you know it's not a term (or a standard) that anyone uses anymore? Originally, the gold standard was a monetary system that said that a country's currency was linked directly to gold. This meant countries could set a fixed price for gold and buy and sell it at that price.

So, for example, if the US had the price of gold at $500 per ounce, the dollar would have a value of 1/500th that of an ounce of gold. The US abandoned this in 1971, with Britain stopping in 1931. The gold standard was replaced by what we know as fiat money, which is a term used to describe currency that is not backed by physical assets or commodities, but rather by the issuing government.

Why Was It Abandoned?

The problem with the gold standards lies in the supply of gold. In other words, the supply cannot keep up with the demand, and it's not flexible enough when tough economic times invariably come around. Mining gold is also exceptionally costly, and it's not great for the environment.

When the US abandoned it, it was to curb further inflation and stop other nations from creating more strain on the system, since prior to this, a country could redeem their dollars for gold.

What Affects the Price of Gold?

So what influences the price of gold now? Several factors, actually, including the following:

On top of this, the gold market moves based on a continuous combination of investor behavior, supply, and demand. This seems simple enough, yes, but these factors occasionally come together in counterintuitive ways. For example, plenty of investors see gold as an inflation hedge.

While this makes sense, as paper money loses its value as its printed, the supply of gold is constant. Plus, some of the biggest influences on gold prices are the actions of big market banks, especially in positive moments of foreign exchange reserve. In moments like this, a central bank will probably want to reduce the amount of gold it holds.

That's essentially because gold is a dead asset for them, as it generates no returns. However, this is also precisely the time that other investors aren't as interested in gold. So, even if selling that gold is what the banks are meant to do, they tend to end up on the wrong side of the deal.

As such, the price of gold decreases. So it's not necessarily a straightforward thing to correlate, but you don't strictly have to. Following the advice of financial experts is often more than enough to understand and follow along with the trends in the gold market.

Is Gold a Good Investment?

If the gold market forecast looks good, then yes, it is. And though the price of gold can be volatile in small bursts, it has always kept its value. Because it can serve as a hedge or barrier against inflation and the steady decline of major currencies, it is an investment well worth your time.

But it is more than that, and there are pros and cons to investing in gold.

The Benefits of Investing in Gold

One of the key benefits is that, unlike banking or shares, there is no need for you to register your gold ownership. In fact, physical gold is truly one of the few private forms of investment left today. Some of the other benefits of investing in gold include:

We've already spoken about its stability, and it is often a better option than investing in real estate, but it is easily one of the best and most consistent investment strategies. While this is always useful, it shouldn't always be your only investment strategy, since it has some disadvantages too.

Though not nearly as many.

The Disadvantages of Investing in Gold

Let's talk about one of the biggest concerns regarding gold. That is its physicality. If something were to happen to your gold, that's it. There's very little anyone can do about it, and the bank won't refund you for it. So unless you have insurance on your gold and jewelry (which can have a cap anyway), it's unlikely anyone would be able to help you.

You can resolve this easily enough by storing your gold in secure institutions.

Second, unlike things like bonds and stocks, you won't garner interest or dividends from gold. While this means you have a stable fall-back, if you're hoping to make significant money on your gold, you may be out of luck. Yes, the price of gold rises, which means if you sell it at a later date you will make money, but it does not appreciate on top of itself as other investments do.

The final disadvantage is really just one of a patience game. You may have to wait years for your gold to increase in value. Because it's so stable, it doesn't fluctuate wildly one way or the other. So yes, it's not likely to depreciate, but it won't appreciate at the rate other investments might.

The Future of Gold

There are many projections made about the future of precious metals because the gold market is so mature and well-established. Not only that, but it's relatively stable and slow-moving. Unpredictable elements like the mining supply and geopolitical tensions must, of course, be taken into account when making long-term predictions about the price of gold.

The need for safe-haven assets and currency inflation are only a couple of the many factors that support the price of gold, which has been rising steadily throughout time. It's also important to note that the market value of gold has been declining, largely because of the digital gold narrative.

Nevertheless, given how bullish it can be, there is still an upward tendency and projection.

The closing of 2022 may seem like an insignificant change for the price of gold, but 2023 projects an 8% rise in the value of gold by the end of the year. That's significant and considering all that has happened, a rise now is impressive.

Looking still further into the gold forecast, even the gold price prediction graph for the next ten years appears positive. It will probably still hold true that gold as an asset will only increase in value, especially given that a financial crisis is on the horizon and we can observe what happened in the 10 years that followed the 2008 recession.

As credit became more restricted, the crisis intensified, and a rush to cash in on all assets began, gold dropped by at least a third of its value. While this seems counter-productive, it did present an excellent buying opportunity at the very bottom of its fall.

Worth Its Weight in Gold?

It's clear that gold as an asset isn't going anywhere. In fact, it's only going to get more valuable if we look at the current gold forecast trends. What does this mean for you?

It means that if you're looking to get into the gold market, now may be a good time. It's only going to get more expensive as time goes by, so why not enter the market now? Not only will you be investing in a stable asset, but you'll also be protecting yourself against future financial crashes and dips. Ready to add gold to your portfolio? Take a minute to see what we have available.

News
426
The Convicted Criminals of JP Morgan
By Craig Hemke
News
1941
Higher Highs Ahead but Running Out of Steam
By David Brady
News
1010
After The CPI, Watch the Bond Market
By Craig Hemke