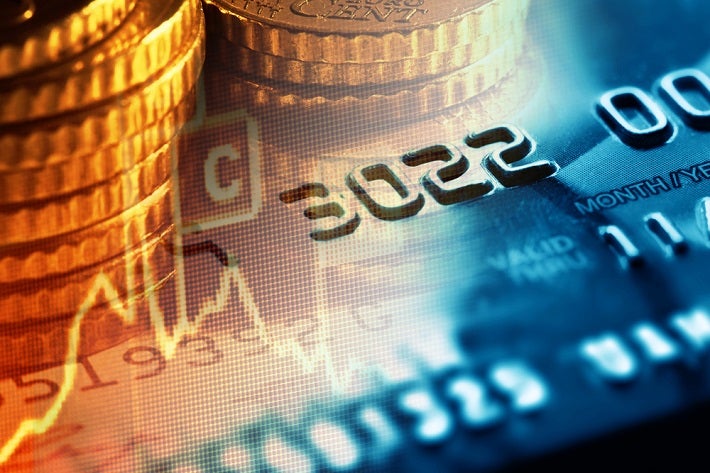 For several months during 2016 I was researching the SDR, Federal Reserve Note/U.S. dollar, global currencies and the people behind the scenes pulling the strings. The pulling of the strings was being conducted by oligarchs, like the Group of 30, the IMF, BIS and other unelected globalist operating in broad daylight or the shadows. During this time it became clear the task the citizens face is one of epic proportions. These unelected bureaucrats, that write policy to determine our fate answer to no one except the people at the very top of the economic/financial food chain. The people we rarely hear about and know very little of their lives. These are the most dangerous of all and the people benefiting the most from our labor and resources.

How did we reach this point? Why do these criminals get away with such heinous crimes?

The people, like Dr. Coats and Mr. Robert Pringle, both were members/chiefs at the IMF, while they have been on the teams creating policy, the policies they put forth were met with resistance – who is this resistance and why are they resisting? Knowing these people and understanding aspects of their motivations is what I am referencing. Why would someone put up a wall to block logic? Why would anyone want to institute a form of slavery, on a global scale, that is impossible to get away from and actually make it illegal to get away from it? If I print currency to be used instead of Federal Reserve Notes I would be jailed for counterfeiting. Federal Reserve Notes, according to the Constitution, have been and will continue to be, counterfeiting as long as they exist, period. Anyone that says otherwise is protecting an agenda or has no knowledge of the Constitution. Federal Reserve Notes are an instrument of debt, they were born of debt and if the debt is ever repaid the Federal Reserve Note would go “poof” in the night. It is physically impossible to repay the debt that is the Federal Reserve Note. What is the difference between a Federal Reserve Note, a Euro, Canadian dollar, Australian dollar, Real, Yen or any other central bank OWNED fiat currency? Nothing. The only difference is location and color of dye used to stain the paper.

Do you have “full faith and credit” in the government – any government? Think about it. This is the back-stop for all the fiat currencies being used around the world. Promises (lies) made by politicians who’s only concern is staying in a position of power in order to extract more of our wealth for themselves and their corporate friends. Full faith and credit!

Potential Application of the CEA to OTC Derivatives

The vast majority of privately negotiated OTC contracts are settled in cash rather than through delivery. Cash settlement typically is based on a rate or price in a highly liquid market with a very large or virtually unlimited deliverable supply, for example, LIBOR or the spot dollar-yen exchange rate. To be sure, there are a limited number of OTC derivative contracts that apply to nonfinancial underlying assets. There is a significant business in oil-based derivatives, for example. But unlike farm crops, especially near the end of a crop season, private counterparties in oil contracts have virtually no ability to restrict the worldwide supply of this commodity. (Even OPEC has been less than successful over the years.) Nor can private counterparties restrict supplies of gold, another commodity whose derivatives are often traded over-the-counter, where central banks stand ready to lease gold in increasing quantities should the price rise.

To be sure, a few, albeit growing, types of OTC contracts such as equity swaps and some credit derivatives have a limited deliverable supply. However, unlike crop futures, where failure to deliver has additional significant penalties, costs of failure to deliver in OTC derivatives are almost always limited to actual damages. There is no reason to believe either equity swaps or credit derivatives can influence the price of the underlying assets any more than conventional securities trading does. Thus, manipulators attempting to corner a market, even if successful, would have great difficulty in inducing sellers in privately negotiated transactions to pay significantly higher prices to offset their contracts or to purchase the underlying assets.

Finally, the prices established in privately negotiated transactions are not widely disseminated or used directly or indiscriminately as the basis for pricing other transactions. Counterparties in the OTC markets can easily recognize the risks to which they would be exposed by failing to make their own independent valuations of their transactions, whose economic and credit terms may differ in significant respects. Moreover, they usually have access to other, often more reliable or more relevant sources of information. Hence, any price distortions in particular transactions could not affect other buyers or sellers of the underlying asset. Source

No one, not even the money masters, can predict the future and no one can predict the market. The money printers can create currency to whitewash a situation like Deutsche Bank (DB), however, they can not whitewash the derivatives market that is the underpinning of these too big to jail banks. $46 trillion in notional derivatives at DB alone, another $70+ trillion at JPMorgan and that’s just two of the crime syndicates operating in the very opaque OTC market. The derivatives market is the problem. Once something gets moving through this market it will be almost impossible to stop. The daisy-chain of interconnectedness is on such a scale that a handful of derivatives could set the banking system ablaze. When you are talking about $1.2 QUADRILLION of “financial instruments” getting out of balance or going belly up the whole world has a problem. This is what DB represents and the financial world knows it.

Why would Ray Dalio say, in October 2016, the ECB and BoJ have anywhere from 8 months to 5.5 years remaining before they go belly up? The only way to get the outside number is by monetizing everything including 20% of the entire stock market. Is that realistic – is this what’s happening to the S&P500 and why it continually post new record highs? Is Mr. Dalio just another boob to be ignored? 5.5 years is not that long. Mr. Dalio is not predicting the future he is merely reviewing the trajectory the money printers are traveling.

As the 2008 economic – debt – implosion continues to unfold we need to keep in mind the people that engineered this nightmare and then foisted it upon each of us. The Federal Reserve being at the heart of the situation working in concert with their henchmen the “too big to jail” banking cabal and the people operating these crime machines. It is not enough there was approximately $16 – $23 trillion stolen from the American people, the crime spree has continued to this day with no sign of letting up.

As China, Russia and the other BRICS, SCO and EEU member nations continue moving their economic engine forward the western world – primarily the U.S. and Europe – continues drowning in the cesspool of debt created by these monsters. As the eastern world becomes stronger will these nations simply walk away from the western nations and the unsustainable debt load? The eastern nations, especially along the One Belt One Road (New Silk Road) will no longer be dependent upon the western nations to ship goods and services as these nations will need the manufacturing and services for their own internal needs. Where will the western world acquire the latest and greatest developments? Who will manufacture the crayons, toilet paper and all the other everyday items that have been off-shored and in the very near future will be produced in fully automated factories? If these manufacturing jobs return to the western world odds are the factories will be designed with robots, AI and other technologies to produce the goods and humans will need not apply.

Second, has the developing world finally broken free of its long-standing dependence on the developed world?

I have long argued that claims of such a “decoupling” were spurious, given the persistence of export-led growth in poorer countries, which tethers their economies to external demand in richer countries. But the facts now speak otherwise. Growth in global trade slowed to a 3% average pace over the 2008-2016 post-crisis period – half the 6% norm from 1980 to 2016. Yet, over the same period, GDP growth in the developing economies barely skipped a beat. This attests to a developing world that is now far less dependent on the global trade cycle and more reliant on internal demand.

So, where do we go from here and how will we get there? Debt, busted infrastructure and lazy arrogant people doesn’t make for a great place to build a new factory nor does it make a nation state, like China, wish to invest. China may be pumping investment dollars into the western world, but make no mistake about it, the goal is too extract all the wealth possible from the host and return it to a more stable economic environment at home. The “developed”/Western world will soon become the “emerging market” while the current “emerging market” continues to conduct business as the West conducts war.

News
456
The Convicted Criminals of JP Morgan
By Craig Hemke
News
1943
Higher Highs Ahead but Running Out of Steam
By David Brady
News
1010
After The CPI, Watch the Bond Market
By Craig Hemke