If You Can’t Touch It, You Don’t Own It - Jeff Thomas 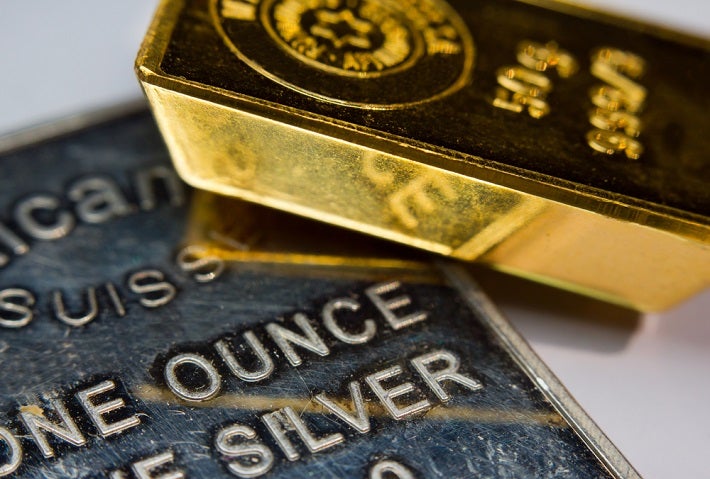 The pending Brexit has, not surprisingly, caused a shakeup in the investment world, particularly in the UK. Of particular note is that, recently, asset management firms in Britain began refusing their clients the right to cash out of their mutual funds. Of the £35 billion invested in such funds, just under £20 billion has been affected.

For those readers who live in the UK, or are invested in UK mutual funds, this is reason to tremble at the knees.

So, why have these investors been refused the right to exit the funds? Well, it’s pretty simple. The trouble is that quite a few of them made the request at about the same time. Of course the management firms don’t keep enough money on hand to pay them all off, so, rather than spend all their money paying off as many clients as possible, then going out of business due to a lack of liquidity, they simply announce a freeze on redemptions.

Across the pond in the US, investors are reassured by the existence of the Securities and Exchange Commission, which has the power to refuse this power to investment firms…or not, should they feel that a possible run on redemptions might be destructive to the economy.

Countries differ as to the level of freedom they will allow mutual fund and hedge fund management firms to have on their own, but all of them are likely to err on the side of the protection of the firms rather than the rights of the investor, as the firms will undoubtedly make a good case that a run on funds is unhealthy to the economy.

The Brexit news has created a downward spike in investor confidence in the UK – one that it will recover from, but, nevertheless, one that has caused investors to have their investment locked up. They can’t get out, no matter how badly they may need the money for other purposes. This fact bears pondering.

Presently, the UK, EU, US, et al, have created a level of debt that exceeds anything the world has ever seen. Historically, extreme debt always ends in an economic collapse. The odiferous effluvium hasn’t yet hit the fan, but we’re not far off from that eventuality. Therefore, wherever you live and invest, a spike such as the one presently occurring in the UK could result in you being refused redemption. Should there then be a concurrent drop in the market that serves to gut the fund’s investments, you can expect to sit by and watch as the fund heads south, but be unable to exit the fund.

As stated above, excessive debt results in an economic collapse, which results in a market crash. It’s a time-tested scenario and the last really big one began in 1929, but the present level of debt is far higher than in 1929, so we can anticipate a far bigger crash this time around.

But the wise investor will, of course diversify, assuring him that, if one investment fails, another will save him. Let’s look at some of the most prominent ones and consider how they might fare, at a time when the economy is teetering in the edge.

Presently, the stock market is in an unprecedented bubble. The market has been artificially propped up by banks and governments and grows shakier by the day. Bonds are in a worse state – the greatest bubble they have ever been in. This bubble is just awaiting a pin. We can’t know when it will arrive, but we can be confident that it’s coming. Rosy today, crisis tomorrow.

Cyprus taught us in 2013 that a country can allow its banks to simply confiscate (steal) depositors’ funds, should they decide that there is an “emergency situation” – i.e., the bank is in trouble. Unfortunately, the US (in 2010), Canada (in 2013) and the EU (in 2014) have all passed laws allowing banks to decide if they’re “in trouble”. If they so decide, they have a free rein in confiscating your deposit.

Banks in North America and Europe have begun advising their clients that they cannot store money or jewelry in safe deposit boxes. Some governments have passed legislation requiring those who rent safe deposit boxes to register the location of the box, its number and its contents with the government.

Each year, the storage of valuables in a safe deposit box is becoming more dubious.

Pension plans tend to be heavily invested in stocks and bonds, making them increasingly at risk in a downturn. To make matters worse, some governments have begun to attack pensions. Others, such as the US, have announced plans to force pensions to invest in US Government Treasuries – which, in a major economic downturn could go to zero.

These are amongst the most preferred stores of wealth and are all very much at risk. In addition, there are two choices that, if invested correctly, promise greater safety.

The Mutual funds in the UK that are presently in trouble are heavily invested in real estate. But real estate that you invest in directly does not face the same risk. However, any real estate that’s located in a country that’s presently preparing for an economic crisis, such as those mentioned above, will be at risk. Real estate in offshore jurisdictions that are not inclined to be at risk is a far better bet. (An additional advantage is that real estate in offshore locations is not even reportable for tax purposes in most countries, because it cannot be expatriated to another country.

Precious metals are a highly liquid form of investment. They can be bought and sold quickly and can be shipped anywhere in the world, or traded for metals in another location. Of course, storage facilities in at-risk countries may find themselves at the mercy of their governments. However, private storage facilities exist in Hong Kong, Singapore, the Cayman Islands, Switzerland and other locations that do not come under the control of the EU or US. Precious metals ownership provides greater protection against rapacious governments, but storage must be outside such countries.

This evening, take account of all your deposits and investments and determine what percentage of them you do truly own. If you decide that that percentage is too low for you to accept, you may wish to implement some changes…before others do it for you.

Monied In Name Only
Reply
mute point for so many.....latest stats are that 40% of Americans earning $100,000 or more per year cannot come up with several hundred dollars of debt-free money in an emergency.
Reply
Leave a Comment