Is the U.S. in a depression? (How John Williams became America’s most important statistician) - Peter Diekmeyer (08/06/2018) 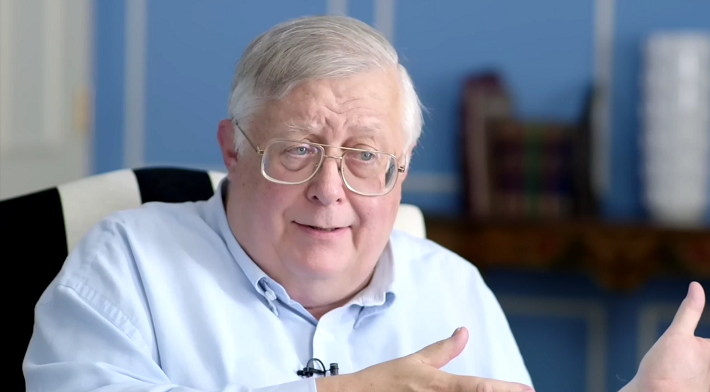 America’s economy has been progressing steadily. First quarter real GDP growth came in 2.2%. The official unemployment rate is 3.8%. Inflation, according to the Fed’s preferred measure is 2%.

But how accurate are those numbers?

Williams reckons that, using traditional calculation methodologies, true inflation is likely running above 6% and the unemployment rate over 20%.

Most importantly, Williams’ calculations suggest that the US economy has been in a two decade-long depression. His line of reasoning is worth a look.

Williams argues that U.S. statistical agencies overestimate GDP data by underestimating the inflation deflator they use in the calculation.

Manipulating the inflation rate, Williams argues in Public Comment on Inflation Measurement , also enables the US government to pay out pensioners less than they were promised, by fudging cost of living adjustments.

This manipulation has ironically taken place quite openly over decades, as successive Republican and Democratic administrations made “improvements” in the way they calculated the data.

These adjustments (such as hedonic adjustments to inflation calculations, or not counting people who have stopped looking for work as part of the labor force) inevitably cast the government’s numbers in a more favorable light.

However, mainstream media journalists tend to have a poor grasp of mathematics. They were thus unable to grasp the depth of the problem, let alone explain the issues to the public.

Politicians have thus been able to fudge economic data openly. For example, the chart below shows U.S. GDP growth as measured by official sources.

Using this adjusted measure, the U.S. economy is no bigger than it was two decades ago. Yet America’s population has shot up by 15% since then. This suggests the country has been in a major depression for some time.

Williams’ findings, while controversial, corroborate a variety of other data points. Median wage gains have been stagnant for decades. The U.S. labour force participation rate remains at multi-decade lows. Even our own light-hearted Big Mac deflator suggests that the U.S. economy is in a depression.

Another clue is to evaluate the U.S. economy just as economists would a third world nation whose data they don’t trust. They do this by resorting to figures that are hard to fudge.

There, too, by a variety of measures—ranging from petroleum consumption to consumer goods production to the Cass Freight Index—the U.S. economy appears to have not grown much, if at all, since the turn of the millennium.

There is far more at stake regarding the quality of U.S. economic data than whether politicians look good or whether U.S. pensioners get their benefits.

The United States, where government spending now accounts for more than 60% of GDP , has gradually morphed into a socialist, state-directed economy .

Government now controls essentially all of the commanding heights.

Without correct data, the bureaucrats, academics and monetary policy functionaries who conduct U.S. central planning won’t know where to direct public funds. This in turn could create further misallocations that worsen or prolong the depression.

The man who asks the questions

Despite the mountain of evidence which supports Williams’ thesis, whether he is correct remains an open question. He’s had numerous critics over the years, though most have missed the mark or made small “gotcha” points that don’t affect his overall arugment.

The sharply-dressed statisticians at the U.S. Bureau of Labour Statistics, the Bureau of Economic Analysis and Statistics Canada for their part talk a good game. However, Williams is asking questions that none have been able to convincingly refute.

Until that happens, we’ll regard this rumpled, amiable, Californian … as America’s most important statistician.

Sayaka
Reply
Its really funny about the Bureau of Labor Statistics. They say we have the lowest unemployment in the last 40 years, being at 3.8%. However, they also have figures showing that 95 million working age people without employment, essentially 37% of America's total work-force. (See the BLS chart on unemployed: https://data.bls.gov/timeseries/LNS15000000). In comparison, the 1933 estimate of unemployed during the Great Depression was over 25.9%. Why the huge discrepancy? BLS only counts the people who they want to count, by reclassifying them based on who is receiving unemployment benefits. Anyone not receiving unemployment benefits are not counted. Most unemployment benefits run out at the end of 6 months. That way, eventually, the Feds will reach 0% unemployment within a year or two, and things on paper will look rosy and peachy king, while hiding the true underlying problems within the American economy, like the 50.8 million Americans who can't afford the basics, or hiding the links to high rates of indebtedness of credit card loans, school loans, car loans, home mortgage defaults, etc.,. So why does the government put out phony figures on unemployment, the GNP, the GDP, rates of inflation, etc., ? To essentially keep faith in the dollar, and keep it in circulation. Our consumer oriented economy depends totally on that. If other countries who use our fiat currency in world trade (like for Oil), knew just how poorly and unstable things were back in America, they would abandon the U.S. dollar, and over-night, the currency would become worthless, and America would wake up the next morning looking very much like Venezuela. The truth is, America has a very sick economy and doing very poorly in world trade, and we all should come to terms with that..
Reply

Robert Crowley
Reply
This was a very illuminating article and underscores why math matters.
Reply
Leave a Comment