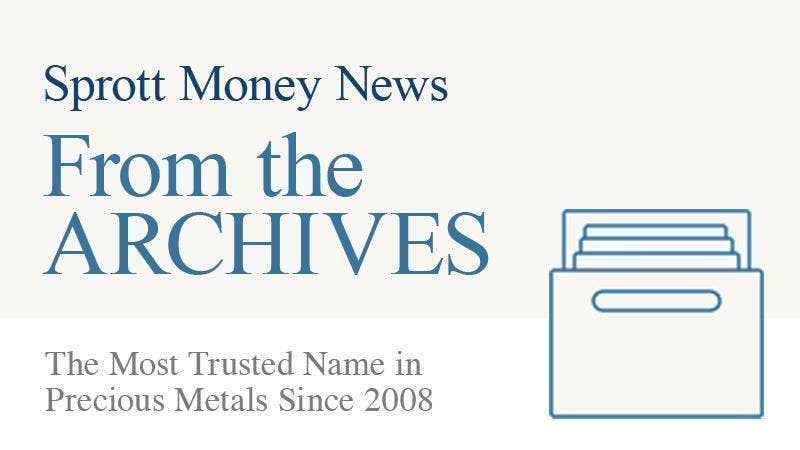 When I was a boy, cartoonist Charles Schulz introduced a new comic strip called, “Peanuts.” Its central premise was children having the same problems as adults, and was an instant hit.

There were several recurring themes and, each autumn, the cartoonist would have his main character, Charlie Brown, attempt to fly a kite. At first all would go well, and Charlie Brown would build up his hopes, only to have them dashed when a tree would snag his kite and eat it.

This theme was endlessly enjoyable, as it reflected a syndrome familiar to all adults. The cartoonist was careful to assure that he could do new variations on the theme every Autumn, due to the fact that Charlie Brown never succeeded. In the end, the tree always ate his kite.

And so it often goes in the adult world. Albert Einstein famously said, “The definition of insanity is doing the same thing over and over and expecting different results.”

And, yet, in every era, we can see this strange behaviour play itself out, time and again.

People go to casinos, imagining that, somehow, the casino will lose and they will win. They buy lottery tickets with odds of hundreds of thousands to one, against them.

And, amazingly, they invest in the stock market, not just badly, but in the very same pattern that has historically proven to virtually guarantee loss. More amazingly, this is not the behaviour of the occasional loser; it’s the approach adopted by the great majority of investors and is one that they staunchly defend as “wise and informed investment,” right until the crash that cleans them out.

So what, then is this pattern? Well, generally, a potential investor contacts broker and asks him if there’s anything he can recommend. The broker virtually always says yes, that whilst some stocks do not earn his endorsement, there are others that he feels are almost certain to go up.

As each bull market unfolds, the broker advises his clients that, if they don’t continue to buy, they’ll be “missing out” and the opportunity for enrichment will pass them by.

Each investor who’s roped in by this spiel reinforces the broker’s prediction, expanding the bull market and attracting more and more investors to get into the game.

Then, something very interesting happens.

In a major bull market, when investors have reached their limit, they’re advised that they can buy on margin and increase their position. This is acknowledged as being risky in normal times, but these are not normal times. This is the mother of all bull markets and “the sky’s the limit.” The investors dive in.

When they become so strapped that they cannot buy on margin any further, many investors, believing that they’re on the cusp of getting rich, borrow money privately to buy on margin and, in so doing, become dramatically leveraged, but they do so, because the broker promises that the bull market is going, “to the moon.”

But, like all bubbles, this one, too, eventually pops. Naturally, Wall Street doesn’t want an uncontrolled collapse of the market (after all, they wish to get themselves out before a crash), so, their ideal scenario is to create a controlled crash. Once the writing is on the wall, they themselves sell out, just prior to a trigger that will collapse the market.

In 1929, this was achieved by a sudden raise of interest rates. Since investors were up to their eyes in debt, any rise in interest rates meant that they’d default on their loans. The brokers would then unilaterally sell off their clients’ portfolios (as they’re entitled to do in a margin call). They, of course, hope to salvage the maximum amount possible for themselves, so they do their best to liquidate everything overnight.

The customary reaction by investors is to be stunned that a crash has occurred that they didn’t see coming and that they woke up one morning to find that they’d sustained a massive loss.

In the early 2000’s, a small number of people (myself included), predicted a stock market crash. I estimated its occurrence to be in 2007, so, in order to be out well-ahead of time, I was out in 2006. (As it transpired, I was out earlier than need be, for which I had no regret.)

Prior to the crash, I warned friends and associates, who invariably said, “All indicators say that the market’s still going up. If it starts to slide downward, then I may sell.”

I repeatedly reminded them that a major bull market never ends with a whimper. It invariably ends with a major upside spike, before it suddenly plummets downward.

And this is not a coincidence. It’s based upon the behavior stated above.

What I find truly amazing is that most investors never learn. Even after they’ve been cleaned out once, they simply find another “better” broker and start all over. Incredibly, the average investor will work hard at his regular job and do all he can to get better at it, then, whatever savings he can create that year, he hands over to someone else to manage. He makes little or no effort to educate himself in the patterns of bull and bear markets, so that he can avoid another failure.

He repeatedly takes his kite out to fly it amongst the trees.

Many investors make the same mistake over and over, throughout their careers, working hard for their pay, then literally throwing away their savings.

Today, we’re approaching the end of a major bull market. This one is especially interesting, in that, since 2008, we’ve been in a depression that virtually no one acknowledges. Those on Wall Street state with confidence that, despite increased unemployment, manufacturing leaving the country in droves, diminishing GDP, extensive business closures, etc., “This can’t be a depression if the market is up.”

Unfortunately, what we’re really witnessing is the world’s longest sucker-rally.

In the 1930’s, a popular, if bitter-tasting joke was that, “When every shoeshine boy is offering stock tips, it’s time to get out of the market.” That advice arrived too late.

We’re presently at that point again, except that the profession of shoeshine boy has disappeared.

Incredibly, even heads of banks and Wall Street firms are now warning that the end is near. Perhaps the most unlikely expert of all to join this group is Lord Jacob Rothschild, who has now said, in a semi-annual report,

“We do not believe this is an appropriate time to add to risk. Share prices have in many cases risen to unprecedented levels at a time when economic growth is by no means assured.”

Clearly, he was careful not to employ phrasing that would be overly alarming, but he did make the quote to explain why he has dumped massive amounts of US assets. (i.e., He’s getting out before the crash.)

Meanwhile, the average investor, who contributes the oxygen to create all bubbles, is once again flying his kite, convinced that the tree will not once again eat his kite.