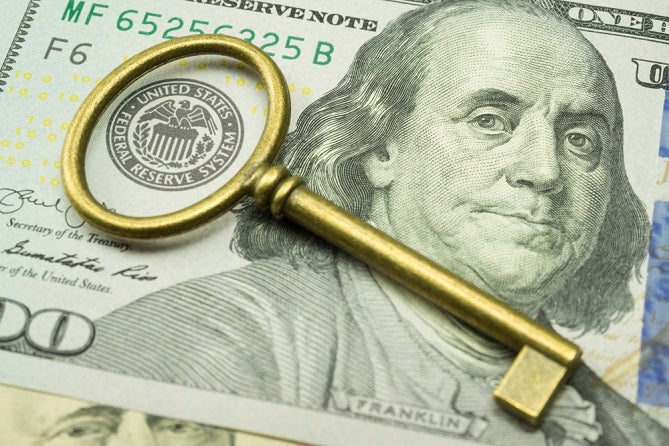 The Federal Reserve has capitulated time and time again to Wall St. They have proven recently that they are now beholden to them and they will do as they wish. They have tossed away their hawkish ideologies and are ready to go full dove mode.

What the markets want at the moment is rate cuts, and in a significant way. Because of this, I believe we are going to see a series of rate cuts heading into and throughout 2020.

This is the general consensus of economists as well, as many are now forecasting that we will see approximately four rates cuts over the next year and a half, as recession fears take hold and they foresee troubling times ahead.

This comes despite the fact that the Federal Reserve has yet to take an official stance and state that they are indeed going to lower rates over the coming month and heading into 2020.

However, the recent posture and wording from the FED has given the markets the green light, indicating that the punch bowl is going to remain and the low rates party is going to continue on for the foreseeable future.

These forecast revisions are "seemingly" being confirmed by recent figures being released, most notably the latest US job numbers, which just missed the mark in a significant way.

As indicated by the Labor Department, non farm payrolls for May increased by just 75,000, rather than the forecasted 180,000 that economists surveyed by the DOW Jones expected.

Even though this is a miss, it is still not horrible news, given the fact that US unemployment is still at an impressive 50-year low of 3.6% and the average hourly earnings were up year over year by 3.1% (a slight miss).

By all accounts, this should not have markets panicking and expecting the FED to plummet interest rates time and time again over the next year and a half. So what has them truly worried?

The trade wars. Wall St sees a long drawn out battle between not only China, which the United States is embroiled in a full blown trade war that is threatening to turn into a full blown currency war, but now another combatant has entered into the picture, Mexico.

The US administration has taken a hard stance against Mexico and is making a threat in the hopes of curtailing their illegal immigration problem. Millions are flooding into the United States and President Trump is not happy, therefore he is trying to hit them where it hurts, the pocketbook.

This hard line stance has worked for him numerous times in the past, but for how much longer can this hardball tactic work?

For now, at least in the short term, it appears to be having some effect, as Mexico has been brought to the table and talks are continuing, even while the threat of tariffs continue to dangle over their heads.

As of right now, a 5% import tariff is scheduled to go ahead starting this coming Monday on all imports from Mexico entering into the United States.

Markets hate tariffs. They hate taxes in general, and this increase is going to hurt not only Mexico, but US consumers and businesses that manufacture their goods across the border, which is mainly due to lower cost and wages.

Perhaps, as I have speculated in the past, this is exactly what the current US administration wants.

Maybe they want to force many US businesses home, through increased costs abroad, making it more attractive both logistically and financially to bring production back to US soil?

This is greasy if true, but a real possibility if tariffs continue to increase. Businesses care first and foremost about the bottom line and will move production to wherever is cheapest.

Regardless, the trade wars are here to stay, as President Trump has proven that it is a key tactic for him in negotiating and this has the markets worried.

News
382
A Renewed Surge in COVID-19 Cases Rattles Investors
By Nathan McDonald
Weekly Wrap Up
3636
Close to the Low in Gold and Silver? - Weekly Wrap Up
By Craig Hemke
News
3116
Pain Almost Over, Let the Gains Begin
By David Brady