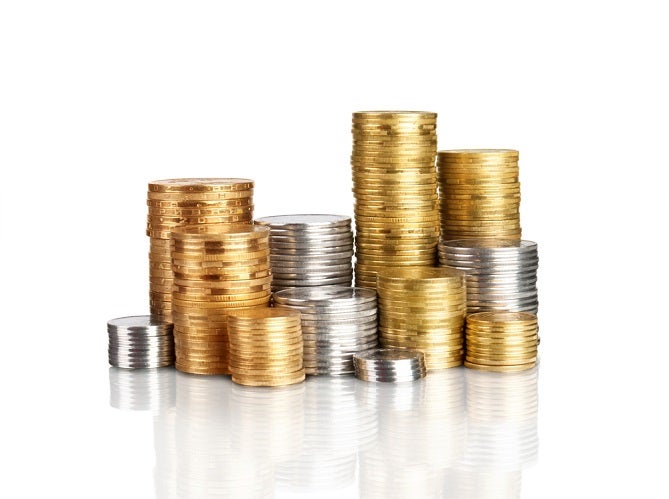 Gold has to take out 1304 to confirm that the downtrend is done and we’re heading higher now. Until then, the risk of move down to test the 200-day and 200-week moving averages remains.

Miners will follow the metals. Silver miners in particular may have already seen their lows.

Last week, I said the following:

It certainly looks like the third and final leg of the stock market crash that began in October is well under way. Interest rate futures are already pricing in three interest rate cuts by the end of 2020, regardless of what the Fed says, and this is likely conservative.

This is a contrarian view given the extreme bullish sentiment and positioning in the dollar, but I expect the dollar to peak shortly and then dump. I have repeatedly said that I expect a Fed reversal in policy to interest rate cuts and ultimately QE will reduce the spread between US rates and those of the rest of the world. QE will end the dollar shortage too, removing another leg of the stool supporting the dollar. USD/JPY in particular looks weak. A break of 109 could signal a drop to 100 or below.

All of which is extremely bullish for the metals and miners.

I also stated last week what my ideal scenarios for the bottom in Gold (and Silver):

Such conditions would signal an extremely high probability that the low was in place and the subsequent rally was ready to begin, but they weren’t necessary for such a trough.

Gold’s 21-day moving average DSI is going to reach the twenties in the next few days. We won’t know until later today whether the Funds are short and the Banks are long, but it’s likely to be close. Hence, why I am little more conservative in calling the bottom for Gold than I am in Silver. A break of 1304 would go a long way to changing that.

However, Gold had a fake breakout of its bull flag to the upside on May 13 and such failed bullish signals are typically extremely bearish. Yet, Gold fell to a higher low instead at 1269 on May 21, and has broken back up through resistance. This time it looks like it is for real. The 200-day moving average has turned up also.

Silver, by contrast to Gold, hit pretty much all of the ideal conditions for a major low on May 28, and then some:

"Funds are short, Banks are long". We won’t know definitively until later today but given that Funds had raced to one of their biggest short positions ever at 29k contracts on May 21 and the price has fallen further since, it is a safe bet that they were even shorter on May 28.

Again, confirmation that the low is in place requires a break and close above 14.70, but given the balance of

information in hand, Silver appears to have already bottomed and begun itsrally to new highs.

Gold may have too, and if it hasn’t, it won’t be far behind. The miners also.

This is the last chance to buy for the rally to follow to new highs above those in 2016, imho. In fact, the train may have already left the station, especially in the case of Silver. Miners are overdue an explosive move to the upside too.

For those of you interested in "investing" in Gold and Silver for at least a year, I highly recommend you buy the physical metals. I use ETFs solely for trading and hedging purposes. I buy all of my precious metals at Sprott Money.

Jerry
Reply
I thought gold bottomed in December of 2015...
Reply
Leave a Comment

News
163
Real Yields Are About to Dump, Gold Rallies
By David Brady
News
1402
The Convicted Criminals of JP Morgan
By Craig Hemke
News
2044
Higher Highs Ahead but Running Out of Steam
By David Brady