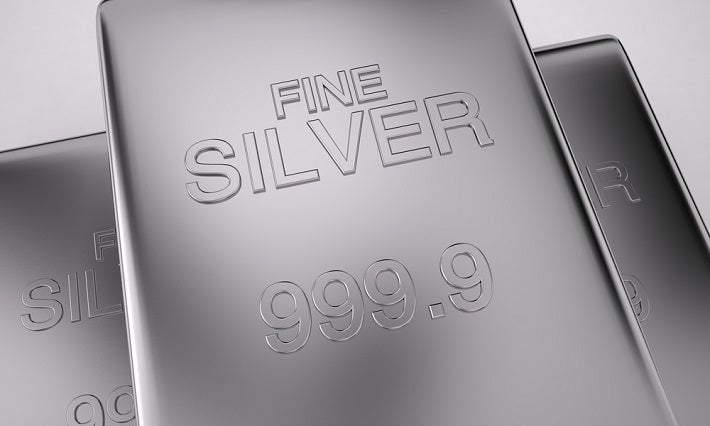 Option One: Silver prices are near the end of their correction and will rally substantially higher. Why? Exponential increases in debt and total currency in circulation lift the prices for nearly everything, including college tuition, cigarettes, the S&P, housing, health care, silver and gold. We have heard this before and we see the consequences of using our “fake money” every day.

Option Two: Silver prices reached a generational high in 2011 and will collapse even further in coming years. Why? Supposedly the crushing deflation will rule the world for several years and prices for stocks, bonds, real estate, gold and silver will crash to unbelievable lows. We have heard this before. Some prices will probably crash, but silver and gold should rise because they are real money and independent of (surging) counter-party risk.

The Silver to S&P 500 Ratio: This ratio shows the relative valuation of silver compared to stocks in the U.S. See the chart below for the ratio since 1990.

Silver is currently too low compared to the S&P 500 Index. We live in an exponential world – exponentially increasing debt, banker profits, silver prices, monetary nonsense and more. Examine the increase in U.S. national debt and the – more or less – parallel increase in silver prices – both on log scales.

Silver prices increase exponentially along with debt, currency in circulation, and consumer prices. However, if the world had cast aside economic delusions and returned to a world without central banks, fiat money, fractional reserve lending, unpayable debts … but I digress.

Examine the deviation of the monthly price of silver as a percentage above or below the purple equilibrium line. Silver prices oscillate around the equilibrium line of zero on the following chart.

Silver is far below the equilibrium line and too low compared to its own exponential price history as well as compared to the S&P. The next major move should be UP!

“The big theme, as I see it, is JPMorgan becoming more aggressive in acquiring physical silver and gold while at the same time reducing its COMEX short position in each almost as aggressively. It’s hard to imagine a more bullish backdrop for futures prices.”

“I believe deflation will destroy financial assets and not stop until fiat currencies (including and specifically the dollar) themselves are destroyed. The coming credit event will wipe out currencies … and what is the result of grossly lower or worthless currencies? Hyperinflation.”

Currencies are created by increasing debt and are backed by nothing but hope, faith and confidence. Exponentially increasing debt is not sustainable. How long before the dollar, pound, yen and euro begin to resemble the Venezuelan and Argentinian currencies?

It is more sensible to own physical silver, knowing it is grossly undervalued compared to the S&P, national debt, total sovereign debt, and more.

Well … maybe Russia should not be blamed for all the above …

Hans
Reply
What about the influence of supply and demand ? I.e. regarding the exponential production of solar panels ?
Reply

Wyldbill
Reply
Thank you and may God bless you and make his face shine upon you. Sincerely . Somebody needs to hold Mr Bloomberg accountable for telling lies how did people like him get into office anyway?
Reply
Leave a Comment