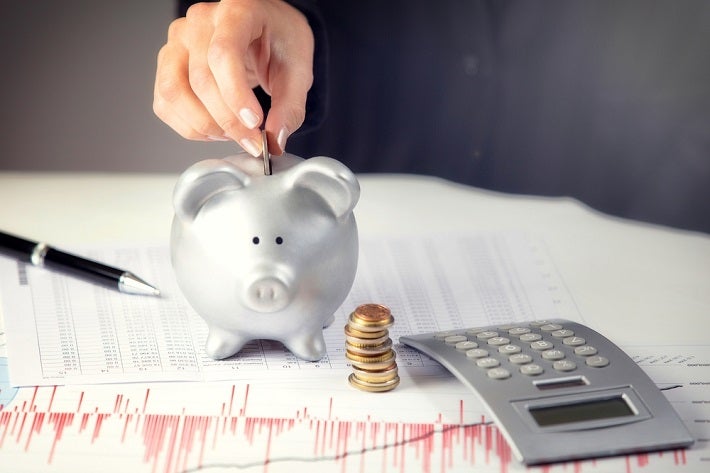 We have been discussing the consumption of capital. Last week, for example, we concluded with:

“We see people eating more of the seed corn.”

Morally, socialism is the enslavement of man to man. If you create something, they want not just to take it from you, but to render you unable to create anything else. They declare that the ideal is “from each according to his ability.” This is about the most perfect expression of envy ever put into words. By envy, we mean the hatred of the good for being the good. We mean the sort of person that if he sees you have something, he wants to take it. Not so much to have it for himself, but to deprive you of it.

Economically, socialism is the system of capital consumption. It cannot produce—witness the consistent starvation in every socialist utopia ever. These socialist paradises were hailed as socialism while it seemed to be working, while the capital lasted. Then the capital was finally depleted, and the socialist apologists bleated that it wasn’t true socialism. Venezuela is an example of this.

There are two means of getting people to consume their capital. One is the plain old dictatorship. The strongman commands it. And anyone who disobeys, or merely questions it, is disappeared to a gulag. Shooting dissidents is effective, so long as the people buy into the philosophy of socialism. When they stop, which usually occurs when the capital runs out, watch out. Thousands of statues of Stalin toppled. The Berlin Wall toppled.

While Stalin and Mao were mass-murdering their citizens by the tens of millions, the West was developing an alternative means to the same end. The West implemented plank #5 from the Communist Manifesto, otherwise known as the central bank. Here in the US, it’s the Federal Reserve. Every country has one, the Bank of England, the European Central Bank, the Bank of Japan, the People’s Bank of China, etc.

The central bank does not order professionals to labor in the work camps. It does not condemn people to build railroads through the frozen tundra improperly dressed for the cold. It does not torture people in secret dungeons if it suspects they are Traitors to the Revolution.

It manipulates people with perverse incentives. We have used this quote before, from John Maynard Keynes, arguably the Godfather of our monetary system.

“Lenin is said to have declared that the best way to destroy the Capitalist System was to debauch the currency. By a continuing process of inflation, governments can confiscate, secretly and unobserved, an important part of the wealth of their citizens. By this method they not only confiscate, but they confiscate arbitrarily; and, while the process impoverishes many, it actually enriches some. The sight of this arbitrary rearrangement of riches strikes not only at security, but at confidence in the equity of the existing distribution of wealth. Those to whom the system brings windfalls, beyond their deserts and even beyond their expectations or desires, become "profiteers," who are the object of the hatred of the bourgeoisie, whom the inflationism has impoverished, not less than of the proletariat. As the inflation proceeds [236] and the real value of the currency fluctuates wildly from month to month, all permanent relations between debtors and creditors, which form the ultimate foundation of capitalism, become so utterly disordered as to be almost meaningless; and the process of wealth-getting degenerates into a gamble and a lottery.

Lenin was certainly right. There is no subtler, no surer means of overturning the existing basis of society than to debauch the currency. The process engages all the hidden forces of economic law on the side of destruction, and does it in a manner which not one man in a million is able to diagnose.”

We define inflation as monetary counterfeiting, not the increase in quantity of dollars per se nor one possible consequence, which is rising prices. The counterfeiting of credit is the issuance of debt without means or intent to repay it. When this becomes the basis for the currency, it certainly impoverishes everyone. Including many of the formerly wealthy and middle class.

And it arbitrarily enriches a few. Those who borrowed to buy shares over the past 9 years, much less bitcoin, have certainly become richer. And there certainly is growing resentment of the widening gap between rich and poor (we won’t address the bogus diagnosis of Thomas Piketty: that this is caused by capitalism, nor his vicious prescription of 90% taxation).

Everyone has to make his way as best he can in this mad centrally banked world. Keynes and Lenin were clear that the root cause is the government. The government forcibly imposes a perverse policy, which provides perverse incentives, and you get perverse outcomes. Up to and including a socialist revolution.

When a speculator spends some of his profits, he is spending down some capital. Society (not to mention the person who bought the asset from him) is impoverished. The speculator feels enriched, at least so long as the seed corn holds out.

While both investing and speculating produce returns, they achieve opposite economic effects. Investing enriches everyone. If you don’t believe this, consider that a mere 200 years ago most people had to earn a living by back-breaking labor. And that living was meager—even middle class families did not have meat every day. No one had penicillin, central heating, cars, telephones, etc.

Speculating impoverishes everyone. If you don’t believe this, ask where the purchasing power is coming from, in seeming violation of Say’s Law. The speculator who sold at a profit is not producing, so how can he consume? He is eating the seed corn of the next speculator who bought the asset.

It should be obvious that a whole society cannot speculate its way to prosperity.

The Fed has driven down yields (fiscal and regulatory policies have further compressed profit margins). So more and more people are willing to try to speculate their way to prosperity. It is impossible. We don’t mean it’s impossible to profit from speculation. It is (seemingly) easy to do that. We mean it does not create prosperity for society. It impoverishes most people, while enriching a few speculators.

The endless rise in asset prices is driven by the endless fall in interest rates. And this is why the most important feature of the unadulterated gold standard is not stable consumer prices but stable interest rates. Without a relentlessly-rising net present value of assets, there is little opportunity to speculate. Without being deprived of yield, there is little incentive to speculate.

In the gold standard, people can earn interest on their gold. This is why Monetary Metals offers a Yield on Gold, Paid in Gold® .

The price of gold moved up $18, while silver was basically unchanged.

To the gold community, if inflation (so called) is to be picking up, if not already rampant, the gold price should respond. And it is, having risen about $100 in a month. It does leave the question: have we only just begun this inflation, as of mid December?

To the mainstream, it presents greater cognitive dissonance. Silver has many industrial uses. If the economy is really booming, as they claim, why is the gold-silver ratio hovering near a durable high hit a few times over many decades (and exceeded only in the early 1990’s)? A high ratio means people want gold, which has a value set by monetary reservation demand much more than they want silver, which has a monetary reservation demand plus or minus an industrial demand. Industrial demand would seem to be, well, not so hot at the moment.

The Monetary Metals gold silver ratio fundamental is not far from the market ratio, so this is no speculator-distorted anomaly.

Let’s take a look at the only true picture of the supply and demand fundamentals for the metals. But first, here is the chart of the prices of gold and silver.

Next, this is a graph of the gold price measured in silver, otherwise known as the gold to silver ratio. The ratio rose.

Even so, we see the extraordinary change in fundamentals after Christmas and continuing to hold even now. The red line shows our measure of scarcity, and it is notable for rising even as the price of gold has risen (inverse to the green line, price of the dollar in gold). The typical pattern in recent years has been rising price makes gold less scarce. Not since Christmas it hasn’t.

The Monetary Metals Gold Fundamental Price rose another $9 this week, to $1,345.

Though the near silver contract is farther out (March), it also shows signs of the roll, as silver typically does earlier than gold.

It should be noted that both metals, the near contract is not in backwardation. Both Feb gold and Mar silver are in the range of -20 to -30bps. What is interesting right now is not the absolute level of the cobasis, but its direction in light of the price moves (especially in gold).