Elephant in the Room: Coronavirus and Economy - Weekly Wrap Up (April 3, 2020) 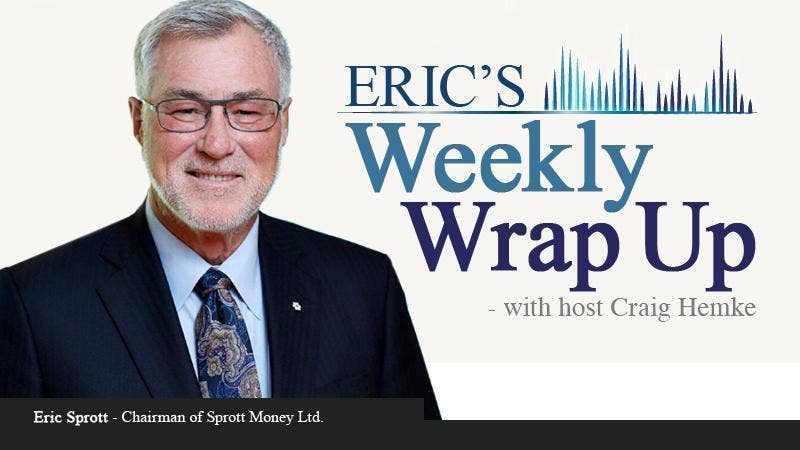 After another week unlike any other, host Craig Hemke and Eric Sprott discuss the devastating impact of the coronavirus and how central bank reactions will affect precious metal prices in the months ahead.

In this edition of the Weekly Wrap Up, you’ll hear all the gold and silver news you need, including:

· The Fed and money printing: how much can they create?

· The latest shenanigans with the COMEX

· Plus: Can coronavirus be eradicated?

“The biggest concern is the exponentially of the curve, right? We all talk about flattening the curve. And in many cases it’s not flattening much…. And as I look at curves, and I don’t look at them all, but one I’ve started to look at is India. Because they’re starting to ramp it up a little here, which is a scary thought, because it’s such a big country… with such a weak health infrastructure. But initially they’ve been very good at keeping control of it. But my, oh my, if it ever blew out in India, that would be devastating to the world.”

Craig: You got it, my friend. And from all of us at Sprott Money News here at sprottmoney.com, thank you for listening. We'll talk to you again next Friday. Have a great weekend.

News
377
A Renewed Surge in COVID-19 Cases Rattles Investors
By Nathan McDonald
Weekly Wrap Up
3630
Close to the Low in Gold and Silver? - Weekly Wrap Up
By Craig Hemke
News
3108
Pain Almost Over, Let the Gains Begin
By David Brady