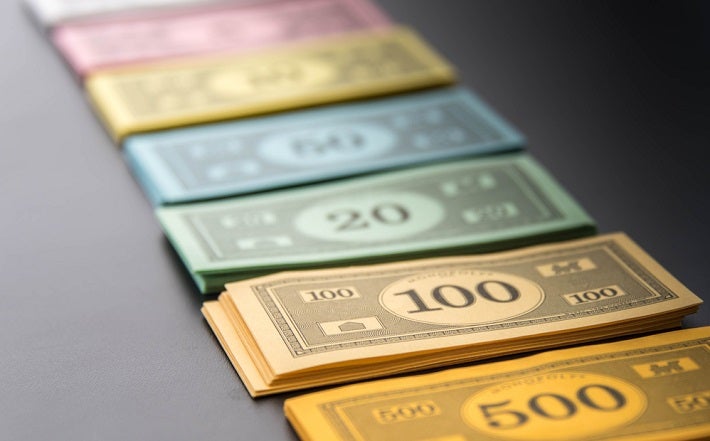 It’s now clear that what governments did to counter the Great Recession may have delayed systemic collapse, but did not resurrect the old normal. Growth around the world is anemic – which is to say debt continues to increase faster than the productive capacity to service it – and inflation (the other way to shrink a debt burden) remains below target.

Now “anemic” is becoming “non-existent.” In the US, mini-credit-bubbles like auto loans, home mortgages and student loans are sputtering, leading economists to dial back their rosy scenarios for 2016. The Atlanta Fed’s GDPNow forecast for Q3 growth, for instance, was a robust 3.8% in August but is now less than 2% — and still falling.

Not surprisingly, everyone is starting to panic. In the UK, where admittedly Brexit has created a unique situation:

Mark Carney: Bank of England will tolerate higher inflation for the sake of growth

(Telegraph) – Official data on Friday showed house building, infrastructure and public construction all slumped in August, indicating that the UK’s building industry is slowing sharply and could even enter a recession.

Construction output dropped by 1.5pc in the month, an unexpected drop after growth of 0.6pc in July, according to the Office for National Statistics. Separate Bank of England figures showed banks suffered a big drop in demand in the months following the Brexit vote as fewer Britons were prepared to take major financial decisions. Demand for mortgages dipped strongly, with a net balance of 44pc of banks reporting a fall in customer interest – the biggest negative score in almost two years.

Bank of England Governor Mark Carney told an audience in Nottingham that the current environment of low inflation was “going to change”, with the drop in the value of the pound likely to push up prices across the economy. He said food prices were likely to be affected first, signaling that the situation was “going to get difficult” for those on the lowest incomes as the UK moves “from no inflation to some inflation”.

Inflation, which stood at 0.6pc in the year to September, is expected by some economists to climb close to 3pc by the end of next year. This would be a full percentage point above the Bank of England’s 2pc target.

“We’re willing to tolerate a bit of an overshoot in inflation over the course of the next few years in order to cushion the blow and make sure the economy can adjust as well as possible,” said Carney. He said the Bank was not “indifferent to the level of sterling”, but added: “Our job is not to target the exchange rate, our job is to target inflation”.

Here in the US – where our problems are more representative of the developed world in general — the Fed has stopped paying even lip service to its price stability mandate:

(Reuters) – The Federal Reserve may need to run a “high-pressure economy” to reverse damage from the 2008-2009 crisis that depressed output, sidelined workers, and risks becoming a permanent scar, Fed Chair Janet Yellen said on Friday in a broad review of where the recovery may still fall short. Though not addressing interest rates or immediate policy concerns directly, Yellen laid out the deepening concern at the Fed that U.S. economic potential is slipping and aggressive steps may be needed to rebuild it.

Yellen, in a lunch address to a conference of policymakers and top academics in Boston, said the question was whether that damage can be undone “by temporarily running a ‘high-pressure economy,’ with robust aggregate demand and a tight labor market.”

“One can certainly identify plausible ways in which this might occur,” she said. Looking for policies that would lower unemployment further and boost consumption, even at the risk of higher inflation, could convince businesses to invest, improve confidence, and bring even more workers into the economy.

Jeffrey Gundlach, chief executive of DoubleLine Capital, said he read Yellen as saying, “‘You don’t have to tighten policy just because inflation goes to over 2 percent…Inflation can go to 3 percent, if the Fed thinks this is temporary.”

“If strong economic conditions can partially reverse supply-side damage after it has occurred, then policymakers may want to aim at being more accommodative during recoveries than would be called for under the traditional view that supply is largely independent of demand,” Yellen said. It would “make it even more important for policymakers to act quickly and aggressively in response to a recession, because doing so would help to reduce the depth and persistence of the downturn.”

Strip out the buzzwords and focus-grouped phrasing and we’re left with a bunch of economists whose models have stopped working and who see no alternative (since their life’s work is the tending of such models) to cranking the knob up to 11 and seeing what happens.

Individual countries have in the past tried “temporarily higher rates of inflation,” and the result has always and everywhere been a kind of runaway train that either jumps the tracks or slams into some stationary object with ugly results. In other words, the higher consumption and investment that might initially be generated by rising inflation are more than offset by the greater instability that such a policy guarantees.

But never before has the whole world entered monetary panic mode at the same time, which implies that little about what’s coming can be said with certainty. It’s at least probable that a combination of massive deficit spending and effectively unlimited money creation will indeed generate “growth” of some kind. But it’s also probable that once started this process will spin quickly out of control, as everyone realizes that in a world where governments are actively generating inflation (that is, actively devaluing their currencies) it makes sense to borrow as much as possible and spend the proceeds on whatever real things are available, at whatever price. Whether the result is called a crack-up boom or runaway demand-pull inflation or some new term economists coin to shift the blame, it will be an epic mess.