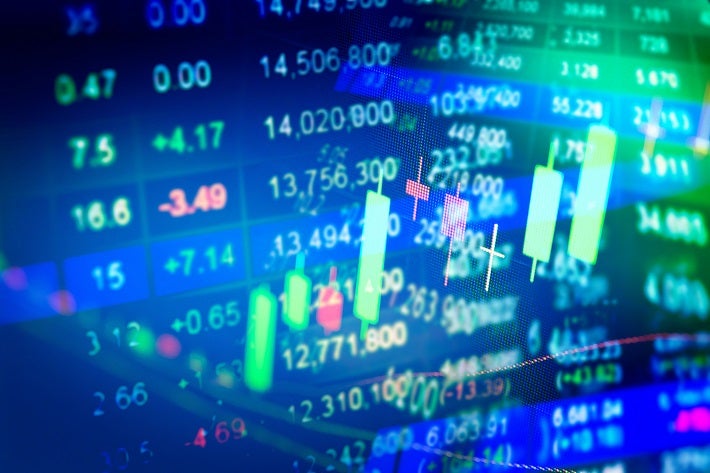 All we have heard about for the past couple of weeks is the ongoing conflict between the United States and Iran—and the dire outcomes that situation may lead to. And for good reason: it is a true threat to the stability of our global economy in the short to medium term, and sadly, many good, innocent people have already lost their lives.

However, another sinister situation has continued to unfold behind the scenes, taking a backseat to the immediate threat at our doorstep. I’m speaking of the ongoing crisis in the repo markets.

If you thought this complete and utter mess was magically fixed by the Federal Reserve dumping bucketloads of money on top of it, you were horribly mistaken. In fact, the repo market crisis has continued to fester.

The only thing keeping the contagion from spreading throughout the entirety of the markets is the fact that the Federal Reserve continues to play the role of the larger financial institutions, readily lending money to those who are in need in the overnight markets.

Just recently on January 9th , the Federal Reserve injected $83.1 billion in "temporary" liquidity, which came in two parts: an overnight repurchase agreement of $48.8 billion and a 14-day repo intervention of $34.3 billion.

Then, proving just how much of a mess the repo markets are in, the Federal Reserve was forced to return to the rescue once again, adding another $60.7 billion in overnight liquidity to the markets on January 13th, just four days later.

Carrying on with the trend, the Federal Reserve has continued on the path of completely undoing all of the hard work they did to unwind their balance sheet after the historic expansion of assets following the 2008 crisis.

As of the last official reporting via the Federal Reserve, their total assets stood at $4.15 trillion, up from $3.76 trillion in September of last year, when the expansion of assets once again kicked into hyperdrive.

However, we know that due to the previously-mentioned recent injections, the total assets on the Federal Reserve books are even higher and will be reflected as such in the next scheduled update.

The situation has become so dire that the Federal Reserve is actually beginning to question whether or not they can solve the current problem with the system structured as it is.

This is leading some within the Federal Reserve to speculate whether or not an entirely new way of doing business within the repo market is needed, one that will cut out the banks as the middleman and allow the FICC (Fixed Income Clearing Corp.) direct access to market participants.

This would add much-needed assurance and stability to the repo markets, leading to less disruptions and freezes as well. However, it would essentially be akin to signalling a green light to those wishing to take on riskier assets, leveraging up and putting the entirety of the system at a greater risk in the long term.

Additionally, this would allow large financial institutions and hedge funds direct access to the Federal Reserve indefinitely, putting taxpayers on the hook for future bailouts—a reality that is unlikely to sit well with the general public.

Dallas Fed President Robert Kaplan recently expressed concerns with this plan, as well as the recent actions by the Federal Reserve in the repo markets, indicating that they are likely giving investors the go-ahead to take on risky assets, due to the following three reasons :

Hilariously, however, Fed President Robert Kaplan shied away from directly calling the Fed's recent actions Quantitative Easing, sticking to the Fed's talking point that these actions "are not QE". This has confounded anyone who has taken more than two seconds to look into the matter, proving that this statement is nothing more than a jawboning talking point.

Whether or not the Fed will move forward with these changes to the repo markets, or simply continue to muddle along the path they have chosen for the foreseeable future (dumping copious amounts of money on the problem), is yet to be seen. I believe the Fed is truly stumped as to what to do next to rectify this fiasco.

However, either result means that more easy money will be injected into the system, the Fed's balance sheets are going to continue to grow, and the fundamentals for owning precious metals will only increase, not decrease.