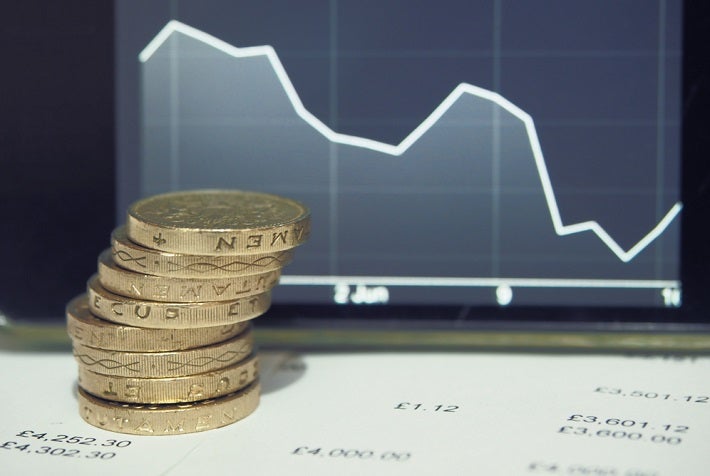 Beginning in late 2016, we began to question what we termed "The Generally Accepted Narrative of 2017". This allowed us to accurately forecast rising precious metal prices last year. For 2018, we will generally rely upon three overriding themes, and we discuss them in detail today.

From that post, the five primary tenets of GAN2017 were:

2. This economic growth will allow The Fed to hike the Fed Funds rate 3-4 times

3. Rates on the long end will rise, too, as "the bond bubble bursts"

4. All of this growth and higher rates will prompt a huge rally in the dollar

So, how did this turn out?

1. Economic growth as measured by GDP looks to come in at around 2%. Trump's only political win came with the tax cuts of late December. Nothing done on infrastructure or healthcare.

3. Long rates fell, and the bond bubble definitely did NOT burst.

For the purposes of precious metal investing, points number 3 and 4 were the most important. Because rates and the dollar fell, Comex gold rose over 13% on the year . . . its best annual gain since 2010.

As we’ve already mentioned, 2018 will be defined by three general risks. How these play out will dramatically impact the dollar, the bond market and precious metals. The three risks are:

Political Risk -- By late summer of this year, attention will turn to the coming mid-term elections in the US. If the Democrats are poised to regain control of Congress, speculation regarding a move to impeach President Trump will rapidly intensify. How will this affect US fiscal and monetary policy?

Geo-Political Risk -- If you're paying any attention at all to global events, this needs no further explanation. Whether it's the possibility of renewed war on the Korean Peninsula, conflagration in the Middle East or actual Hot War between NATO and Russia, geo-politics have the potential to greatly unsettle global markets in 2018.

In 2017, the mainstream financial press blindly pumped GAN2017 without any regard to other possible outcomes. At TFMR, we were first to proclaim GAN2017 a sham, and we were all rewarded with gains in gold and silver. Now in 2018, where in the media do you see ANYONE discussing the three risks laid out above? Instead, it's all about the cryptos and Dow 25,000. Well, I can assure you that just as we were generally correct about GAN2017, we're going to be correct about The Three Themes of 2018, too. Just give it a while to play out.

Of course, maybe we’re wrong. Perhaps every Wall Street analyst will be proven correct and the US dollar will soar in 2018. However, if The Three Major Themes play out as we expect this year, another drop of 10% for the dollar may be a low-ball estimate. And if that's the case, you should take steps now to prepare for what will be a wildly unpredictable and volatile year ahead.

Don Wright
Reply
Ask the Expert - I read your "The Major Theme for Gold in 2018". I have gold and silver funds with Sprott in Canadian and US $. Based on the idea that you feel the US $ will continue to deteriorate in 2018, would you recommend converting some of these funds to currencies other than US and Canadian?
Reply
Leave a Comment