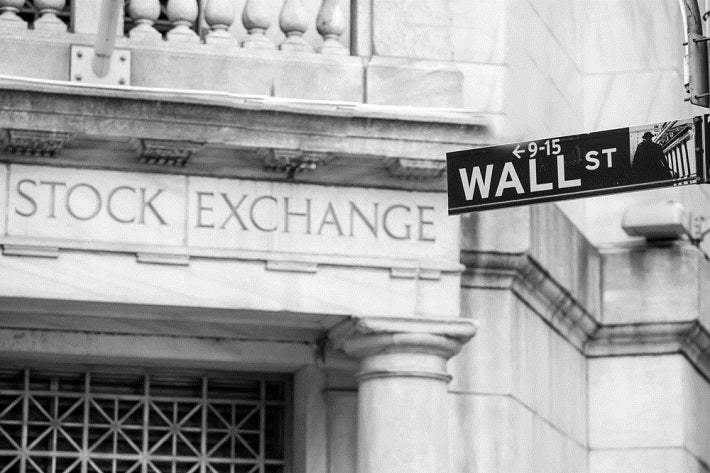 Until then, I expect the S&P to slowly grind higher towards 3000-3150, short-term pullbacks aside.

This matters to Gold because when stocks crash, the Fed will be forced to reverse policy to rate cuts, QE, and more monetary insanity on steroids, and that will catapult precious metals and miners to new highs.

There are many reasons why I expect another “Crash in the Fall” like that in 2018. I began with Liquidity last week, now let’s cover the technical and Elliott wave case for the crash in October (“or sooner”), especially based on how close we are to the peak above circa 3000 plus.

Sven Henrich did some excellent work recently on the S&P from a technical perspective, which I am sharing here.

Drawing the upper trend line (see chart below) from the 2007 highs into the January 2018 and September 2018 highs, and the lower trend line from the 2009 lows, the one that was broken in December 2018 and has been hugged by markets for the past several weeks, they intersect at circa 3100.

Three historic trend lines converging at the same key Fibonacci level is a powerful signal. A quadruple convergence, as Sven puts it. And if that wasn’t sufficiently interesting, then consider “when” they converge: October 2019.

Simply put, we have an extremely strong technical resistance level at the exact same time that key individual stocks would be massively overbought and disconnected from the underlying economy, precisely when I expect liquidity to become an issue, and on the anniversary of the first leg down, or wave A, of this ongoing crash in October 2018.

This scenario matches my own, in terms of a grid higher in equity prices over the coming months and then a 30% drop beginning in October.

I’m not tied to the timing so much as I am the peak level just above 3000 and the outcome itself, another crash. Ideally, it would be in October, but strong arguments can be made for this to happen even sooner, perhaps next month, per Michael Gayed of Pension Partners recently. The point being that another dump in stocks is likely coming soon, and bigger than that in Q4 2018.

There are two possible scenarios on the table. The first being that wave 4 bottomed out at 2346 in December and we’re currently in wave i of wave 5, up now to be followed by a retracement in wave ii next.

The second is that we completed wave A of 4 down in December, we are currently in wave B up, and wave C down to lower lows is next to complete wave 4.

I am leaning towards the latter for a couple of reasons. Wave 2 was relatively small and short in duration. Typically, when that occurs, wave 4 is bigger and takes longer to play out. This supports the scenario that the drop to 2346 in December was just wave A of 4 and wave C is yet to play out.

Secondly, I don’t believe we can get a wave 5 blow-off top to ~4000 to end this bull market without an actual Fed policy reversal. I believe the Fed will be forced to revert to QE before this crash (or crisis) is done, and only then do we head up to a blow-off top in the S&P in wave 5. Could a wave ii drop justify a policy reversal? Possibly. But a deeper dive to lower lows virtually guarantees it. This is what I am expecting.

The monthly MACD Line will be instructive one way or the other. If it fails to break back above its signal and heads back down again, I believe we’ll get a deeper retracement more akin to a wave C of 4 down than just a wave ii of 5.

A deeper pullback in the MACD Line would also facilitate the negatively divergent wave 5 blow-off top to follow.

Bear market rallies are designed to make everyone complacent again, completely oblivious to downside risk and only looking up to higher and higher highs, which this rally has done successfully given prevailing 2017-like sentiment.

But this is when the rug is pulled from underneath the market: When no one expects it anymore.

With this in mind, I’ll finish this list of reasons to expect a crash with sentiment, and save the rest for part 3 next.

The 21-day moving average daily sentiment index (DSI) just hit 82.8, clearly illustrating the return to extreme complacency among investors. The previous peak was 88 on January 26 th, 2018, following the most one-way market in history in 2017, and the day the S&P peaked before falling over 10% in weeks. It could go a little higher in the short-term, but the risk-reward clearly favors lower.

Next week, in Part 3, I’ll discuss the case for the coming crash based on inter-market analysis, VIX positioning, and the 2020 Presidential Election.

With respect to the metals and miners in the short-term, Gold and Silver are at or close to lows before they both begin to rally to new highs over the remainder of the year and into next.

The key takeaway is that both are getting ready to rally in a big way, in my opinion, and are just deciding whether it is from here or a little lower.

Miners may have a little further to go on the downside, having broken trend line support since September against Gold, and are likely to underperform the metals in the short-term.

But again, this is just providing better levels at which to buy ahead of the explosive rally to follow, especially if and when Gold and Silver take off. Unless Gold breaks 1167, this is a BTFD market, in my humble opinion.