Trade Wars Return With a Vengeance, Radical Changes to the Global Economy Are Coming - Nathan McDonald (May 15, 2020) 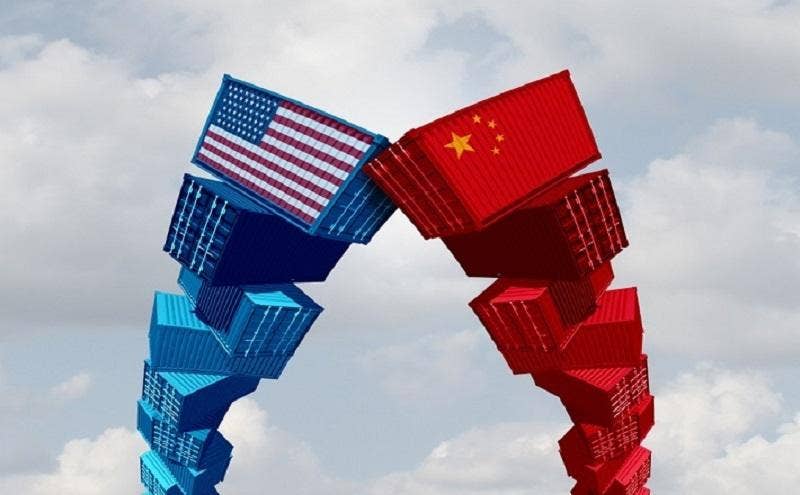 The zeitgeist is shifting in more ways than one, as the COVID-19 crisis continues to drag on month after month.

In many parts of the world, the situation seems to be drastically improving, while others—such as many of the major cities around the world—are still in a precarious situation, albeit slowly getting better.

This has led to communities isolating on not only a state-by-state or province-by-province level, but also on a municipality level. Those least affected are beginning to demand their freedoms back, while at the same time hoping they are not flooded with people from more higher risk zones.

However, this form of segregation and protectionism is nothing compared to what is unfolding on the global scale. International flights remain grounded as countries continue to keep their borders closed to virtually everyone.

This is necessary to help stop the spread of COVID-19 and has largely been effective. However, as I have written numerous times recently, it comes with a tremendous economic cost, one we will be paying off for decades to come.

As the zeitgeist continues to shift towards protectionism, a risk from last year has once again flared up: the U.S. and China trade wars are back in full force.

These renewed tensions come at a very unfortunate time for China, as country after country has raised questions over their initial handling of the coronavirus crisis and what many believe was a lack of information sharing / warnings to the global community about what was truly unfolding in Wuhan.

The European Union, United States, and Australia are just a few of the countries calling for a formal investigation into the matter, based on assessments conducted by their intelligence communities.

This of course has greatly angered the Chinese government, which has sought to place the blame on others, most notably the United States, who they initially blamed for the virus’ spread. This claim has been widely dismissed by others in the international community.

The true source of the virus is yet unknown, despite the numerous conspiracy theories claiming otherwise.

However, make no doubt about it: the two key titans in this battle will once again be the United States and China, who have had hostilities mounting for years.

This has led to recent statements from President Trump that China is not upholding its end of the Phase 1 trade deal, which was struck between the U.S. and China in January. The President even went so far as to say that he would "tear up the deal".

The Globe and Mail reports:

Beijing agreed to increase purchases of U.S. goods in exchange for Mr. Trump cutting some tariffs on Chinese products.

“If they don’t buy, we’ll terminate the deal. Very simple,” Mr. Trump told a Fox News virtual townhall last weekend. On Wednesday at the White House, the President said he would decide by the end of next week whether to tear up the agreement. And he laced into Beijing for failing to contain COVID-19.

This renewal in tensions initially sent markets lower, as the risk of a full-blown trade war once again reared its ugly head.

Although markets recovered somewhat, safe haven assets such as gold and silver bullion continue to be bought, with silver experiencing the most significant gains.

Further gains for precious metals are likely in store as well, while pressure on the broader markets is likely to remain as President Trump follows through on his threats. Recently, he took action against the Chinese company Huawei, attempting to cut them off from global chip suppliers.

The Trump administration on Friday moved to block shipments of semiconductors to Huawei Technologies from global chipmakers, in an action that could ramp up tensions with China.

The U.S. Commerce Department said it was amending an export rule to “strategically target Huawei’s acquisition of semiconductors that are the direct product of certain U.S. software and technology.”

This news once again sent futures tumbling lower, with many market participants finally realizing this will not be the last volley from either side.

Now comes the inevitable retaliation from China. And the game continues as it always does, with neither side truly winning in the end.

The trade wars are back on the table, and this threat to the global economy will likely only resolve itself after much more damage is done—at a time when the world already stands on the brink of economic collapse.

However, I believe that the risk of escalation is higher than ever before. As I previously mentioned, the zeitgeist has greatly shifted, as protectionism gains popularity due to the continued threat of COVID-19.

The question is, where will all this end? Will the West bring its manufacturing base home, or will it continue to outsource large sectors of its manufacturing, including medicine, to China?

Regardless of the end result, incredible volatility lies in store and risks to the current system remain everywhere.