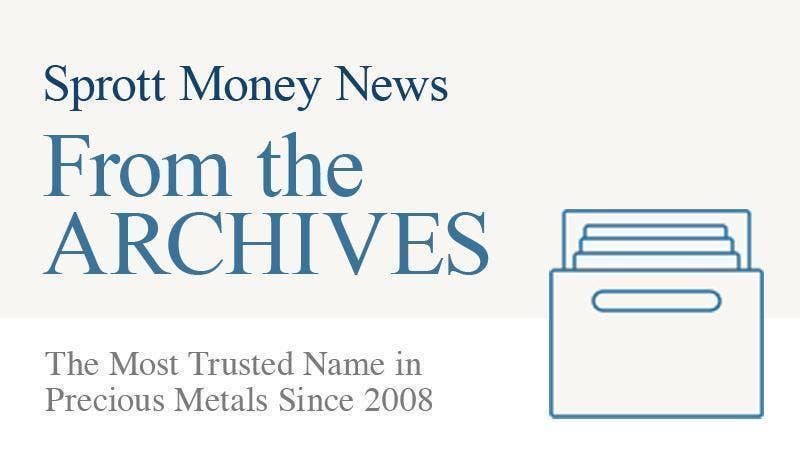 We've been writing about it for months, we've been talking about it – we in the precious metals community can feel it in our bones. A bear market or outright crash is coming and it is coming soon.

The Santa Claus rally that the markets experience throughout the month of December is already wearing off and the market is beginning to get the jitters. Investors are worried and rightly so.

Economic report after economic report is indicating that it is not only the West slowing down; so is almost the entire global economy. China in particular is experiencing an increasingly difficult time despite the fact that their current growth (although much lower than the past) would make most countries drool with envy.

We have been saying this, we know this, but the mainstream media has done its best to keep the lemmings onboard until it is too late. Time after time, throughout history, this has been the case: the man on the street is left holding the bag while the financial elite reap the profits of the bull market and get out while the getting out is good.

Time is growing short; now, the financial elite via their banking system can ignore the facts no longer. UBS just released a report with their guidance for 2016 and the image isn't pretty.

In their report, they indicate that they see a 20% to 30% correction coming within the next year! You can bet your last dollar on the fact that if that correction is what they are calling for through their rose colored glasses, then it will be much, much worse in reality.

With reports like this coming out, it is only a matter of time before others in the financial sector jump ship and call for a correction in the banking system. This, of course, is long in the coming, as the current economic situation in the world is abysmal. In addition to this situation, the impending scramble to "get out" will speed up the process of correction.

Yet this is just the tip of the iceberg: what is UBS recommending that you buy as you sell your stocks and position yourself for a correction? Believe it or not, they are recommending gold and gold stocks, as shocking as that sounds.

"Gold has been trading in a cyclical bear market since 2011.

In 2016, we expect gold and gold mines moving into an eight-year cycle bottom as the basis for the next multi-year bull market."

I, for one, am stunned that this is their recommendation given the banking elites’ extreme hatred towards precious metals. Perhaps they know the facts: gold has been suppressed so much that it is, simply put, a beach ball waiting to explode.

The time to buy gold and silver at these extremely discounted prices grows short. Are you prepared for the coming crash in stocks and the explosive rise in precious metals? If not, I ask, what are you waiting for?

Ronald West
Reply
What are you waiting for? Indeed! The real question after that is, "Why did you wait so long?", when the smart folks have been stacking it and averaging down all along, no matter what the price because the markets should have collapsed 5 years ago but didn't, owing to the central banks' massive money printing and kicking the can down the road campaigns. Had the corrections of yesteryear been allowed to happen naturally, the pain would be less severe than that which is coming. We needed to have silver and gold in case the markets collapsed then, just as much as we need to have it now because the crash and the need for precious metals as insurance, will come as a thief in the night and you will be unable to get any when you need it the most, at any price. Gold and silver reigns supreme as non inflatable money.
Reply
Leave a Comment