No Interest In COMEX Silver 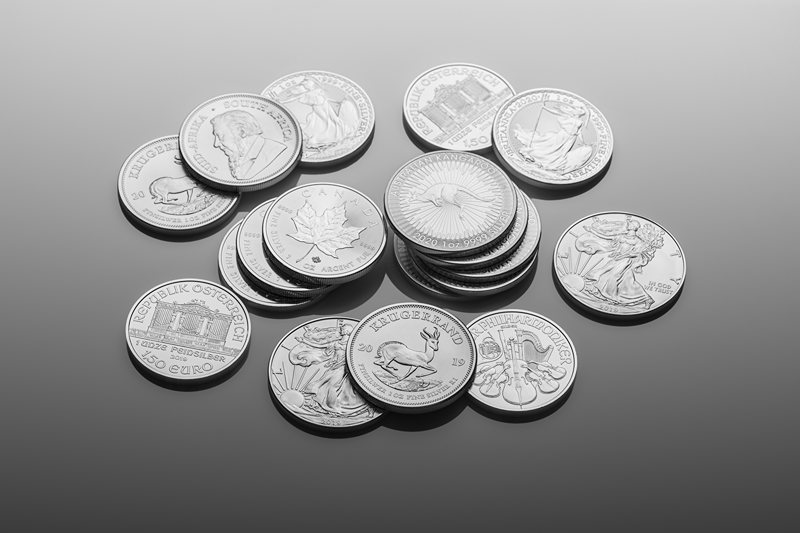 What a curious start to the year in COMEX Digital Gold and COMEX Digital Silver. The pair usually trade in tandem but, so far in 2023, prices have been moving in opposite directions. And it's not just price. As you'll see in this post, it's also sentiment and interest as measured by the total amount of silver contracts floating around on the COMEX.

If you took the time to read our annual macrocast two weeks ago, then this move to kick off the year should not be surprising. There will be fits and starts along the way but the year 2023 is going to net positive results for gold and the gold mining shares. This is just the beginning.

One of the central tenets of this year's forecast is a resumption of the global bull market in commodities, led by Chinese demand and a falling U.S. dollar. To that end, have you seen the move in copper since 2023 began? We wrote about the surge in price last week and you can see the dramatic rally for yourself on the chart below.

So, gold prices have surged and copper prices have rallied, as well. Therefore, COMEX silver prices are rallying, too, right? Right??

Nope. As I type, COMEX silver is now FLAT and UNCHANGED year-to-date.

So what's the deal?

Well, first of all it must be noted that COMEX silver has already rallied considerably over the past 120 days, far outpacing gold and copper, so maybe those two have simply been playing catch up? From a low of $18.04 on September 28 to a high of $24.78 on January 3, COMEX silver gained $6.74 or 37.4%. Not too shabby.

But here's where it gets interesting. If you were following along in the back half of 2022, then you know that COMEX silver experienced four, considerable Spec short squeezes. On the weekly Commitment of Traders reports, you could see the hedge fund short interest (and Bank long interest) grow each time to a point where the position got extreme and a short squeeze followed. On the chart, it looked like this with each squeeze numbered 1-4:

These squeezes were the result of covering/closing Spec short positions (and Bank long positions). As a result, total COMEX silver open interest moved to nine year lows, bottoming out at just 121,258 contracts on November 29. Open interest then grew a little with the price rally into year end but finished 2022 at the still-paltry figure of 129,722 contracts.

Circling back around, here's the thing to note regarding the price action since 2023 began. As mentioned at the beginning of this post, through the first nine trading days of 2023, COMEX gold is up $95 or 5.2%. This is clearly the result of spec hedge fund buying as total COMEX gold open interest has risen by 55,504 contracts year-to-date. That's a rise of 12.6% since the close on December 30.

(It should be noted, of course, that 55,504 COMEX contracts equates to 5,550,400 digital ounces of "gold" that have been created on COMEX to meet this Speculator demand. That's 172 metric tonnes of pretend gold...bought by speculators that have no intention of taking delivery and created by Banks that have no gold to deliver.)

So the COMEX gold price has rallied in 2023 as speculator demand for contracts has risen. But what about COMEX silver and its FLAT/UNCH price. What's going on there?

Since the posted total of 129,722 contracts on December 30, COMEX silver open interest through Friday, January 13 has only risen by 2,011 contracts to 131,733. That's a rise of just 1.5%. Thus you can easily conclude that while speculator and hedge fund demand has been driving COMEX gold higher, a near complete lack of speculator and hedge fund demand for COMEX silver has led to its price stalling so far in 2023.

Is this due to those four short squeezes in 2023? After getting burned four times in four months, have the hedge funds wised up and decided not to play for a while? That sure appears to be the case.

And if that's true, then what will it take to get those funds to enter the arena again and assume their usual positions on the LONG side?

The point is....COMEX silver has yet to rally in 2023 because the hedge funds aren't buying it. While you can be certain that, eventually, this Spec interest will return, it may take a combination of those bullets listed above to make it happen. That next rally, when it comes, will finally break price to the upside and silver will lead the way again one again.