Still Waiting for the Bottom 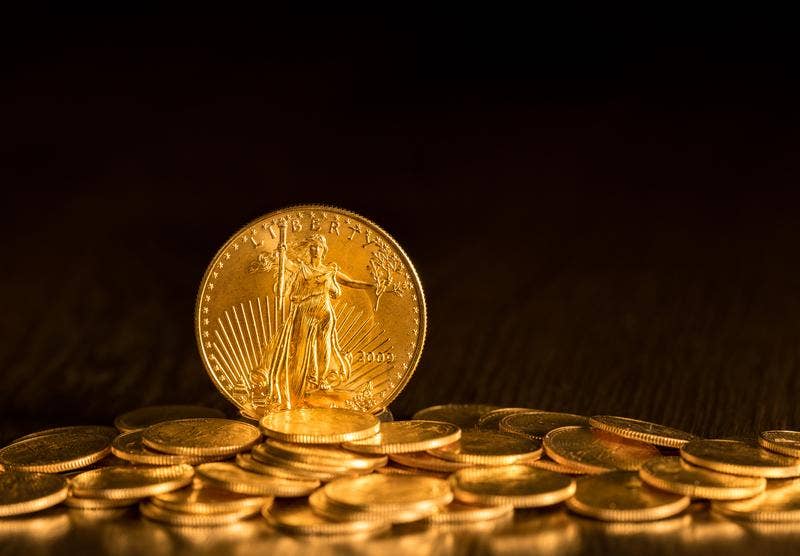 Three weeks ago, I wrote an article entitled “Gold: Two Scenarios, Same Result” where I stated the following:

This still holds true. Which scenario plays out is dependent on how Gold responds to the coming drop in stocks, oil, and bond yields. Either way, we’re heading to 2300+, imho. If it’s scenario 1, I expect many to become disillusioned to the point of capitulation, when they should be considering it a gift beyond measure given what follows. 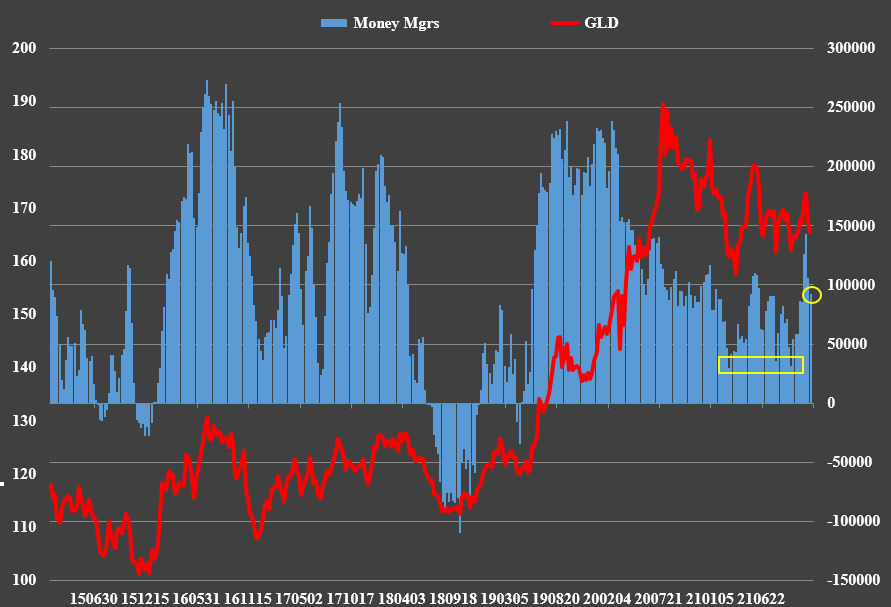 Despite the fact that the Funds have reduced their net long position by 40% in the past two weeks, they are still holding a net long position that is three times bigger than their net long positions at each of the 1675 lows. This suggests that I may get that ideal positively divergent lower low prior to the rally to new highs (and possibly as far as 18 in Silver), likely in association with the forecasted dump in stocks.

The Banks’ positioning in the 10-Year Treasury Bond market certainly backs up that expectation: 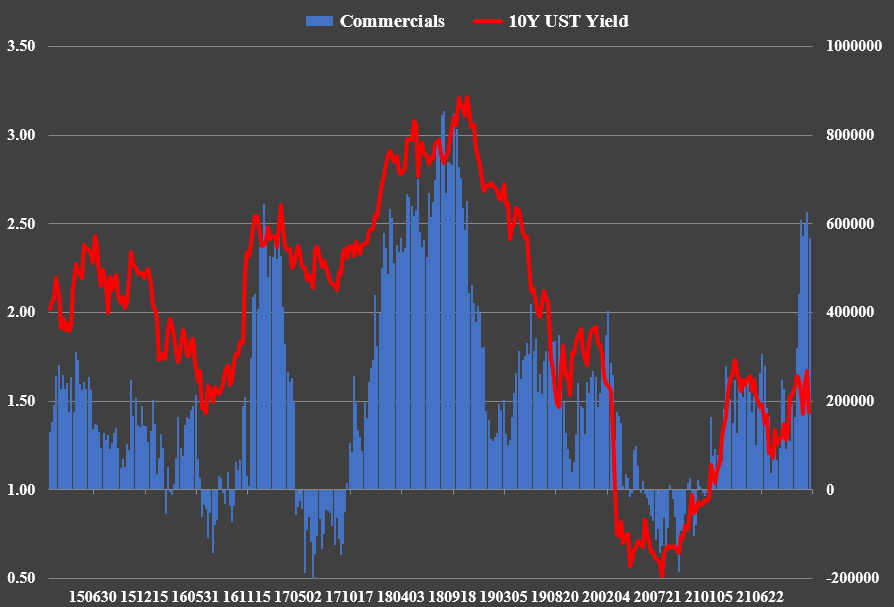 They have raced to the biggest net long position in the 10-Year since 2018. This means that they expect bond prices to rise significantly and yields to dump. This is what happens when stocks crash. Everyone sells stocks and runs to the safety of bonds, driving bond prices higher and yields lower. It’s only a question of when, and based on the speed with which they loaded up long, it’s sooner rather than later.

Last week, I wrote an article entitled “Do or Die for Miners” where I stated:

“I’m looking for a bounce here [in GDX] before a positively divergent lower low but higher than the September 29 low of 28.83. Then up we go.”

“Only a break of the prior lows of 28.83 and 11.41 in GDX and SILJ respectively would negate the possibility of a sharp rally higher to follow soon.” 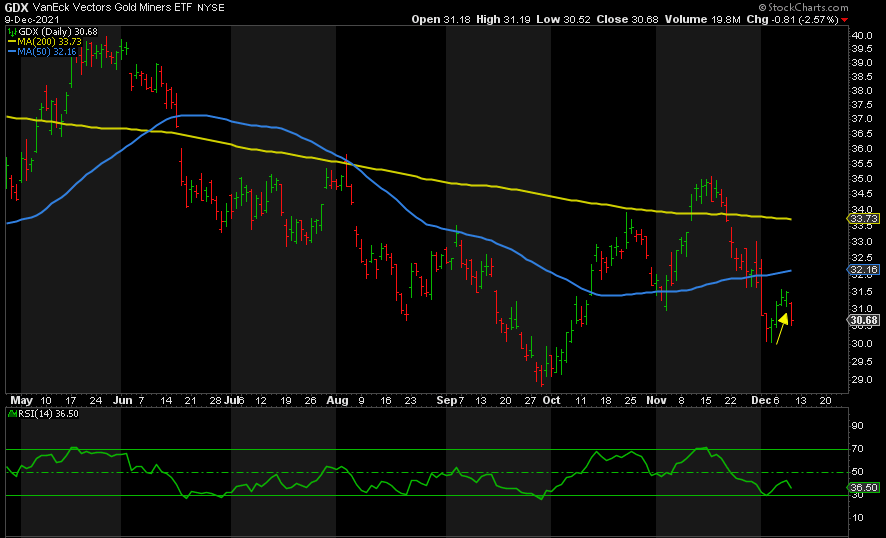 We got the forecasted bounce and now it looks like we’re heading down to that positively divergent lower low or to new lows below 28.83 in September. Should the former play out, expect a sharp rally higher on a break of the recent high at 31.60. If it’s the latter, then 25 is back on the table prior to takeoff.

As forecast, we got a similar bounce in SILJ and now we’re heading down to a positively divergent lower low or below the September low of 11.41. 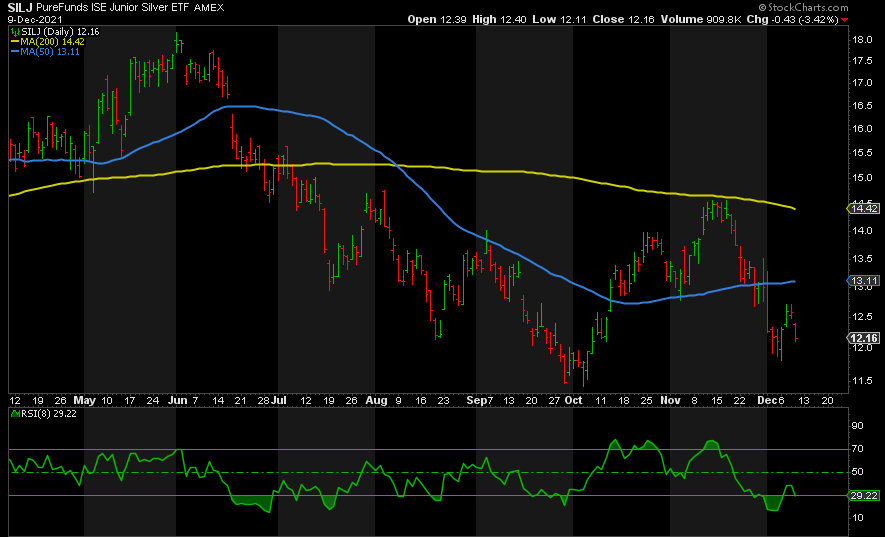 I also said this two weeks ago:

“I am expecting stocks, oil, and bond yields to rebound imminently, then dump to even lower lows thereafter. The bottom comes when the Fed steps in.”

Part 1 is near complete with stocks, oil, and bond yields all having rebounded significantly. Now it’s just a matter of when Part 2 and 3 begin. My guess is the dump will begin within weeks and the Fed will step in come January or February. That said, I’m less concerned with the timing than I am with projected falls and then recovery to new highs ahead. The same goes for Gold and Silver. It’s only a question of when and where they bottom before the rally to 2300+ begins, imho.