To Hike or Not to Hike 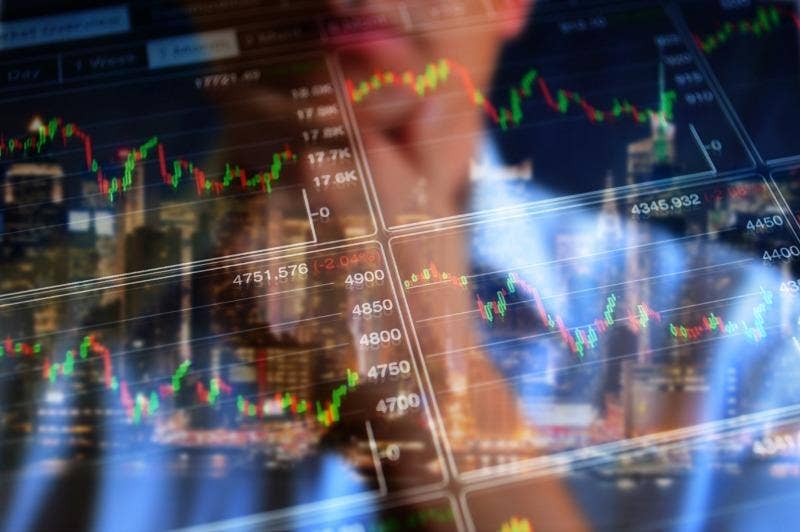 That is the question. Oh sure, The Fed may attempt to hike the fed funds rate as soon as next month. They may even attempt another hike in April or May. But what happens after that? Answer that question and you'll find a timetable for gold prices in 2022.

As February begins, we can start to look forward to what the year may have in store for us. In our macrocast for 2022, we wrote about how it will be similar to 2010 and 2019. Both of those years began with the narrative of pending rate hikes and Fed balance sheet reduction, and both of those years ended with the complete opposite of rate cuts and additional QE.

And now here we are again in 2022. The "markets" and the eight-figure Wall Street sell side economists all believe that the Fed is about to embark upon an aggressive course of rate hikes. And we're not just talking about the one or two mentioned above. Instead, these brilliant theoreticians now forecast as many as SEVEN fed funds rate hikes this year. SEVEN!! 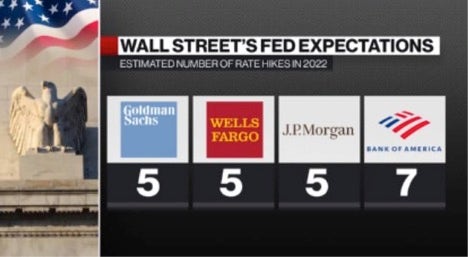 And now here we are in early 2022. The Fed has yet to raise the fed funds rate even once, but check the similarity of the current S&P chart to the one above:

Now maybe you live in some sort of Fantasy Land where you actually believe that the Fed will allow a stock market crash in order to "deflate some bubbles". Not only is that foolishly naive to economic reality after thirteen years of QE and ZIRP, it also flies in the face of recent history. To wit:

And how did dollar-priced gold perform during these periods?

OK, so now here we are again. The Fed is promising to start hiking the fed funds rate while simultaneously drawing down their balance sheet. Maybe this time will be different? Maybe this time their beloved stock market won't crash? Maybe the U.S. economy can withstand higher interest rates and all the associated economic impacts that follow? But have you seen the most recent Q1 GDP forecast from the Atlanta Fed? It certainly appears that the U.S. is already tipping over into a stagflationary recession, and into this we should expect seven rate hikes? OK, then. 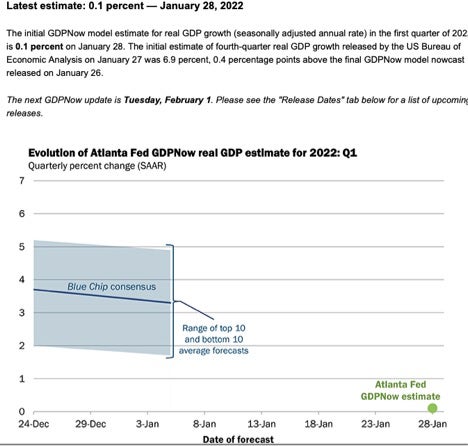 In closing, let's refer back one more time to our 2022 macrocast. In that post, we projected that 2022 might very well play out much as 2010 and 2019 did. Namely, some frustration in the first third of the year, some breakouts in the second third, and then some decent gains in the final third. Based upon what we've seen thus far in 2022, we appear to be on track.

And why will 2022 play out this way? Because just as in 2010 and 2019, The Fed will once again be revealed as posing charlatans. The curtain will be pulled back, and all will be reminded again that the monetary masters are indeed trapped, for once you head down the road of QE and ZIRP, there's no going back.

Physical gold and silver have always been—and will continue to be—your protection against this madness. You should consider acquiring some before prices head higher again in the weeks to come.